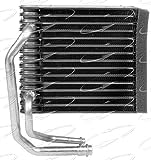 The move on the eve of the Busan Motor Show reveals Hyundai’s jitters about imports from Europe and the United States, which have soared in popularity since free trade deals cut tariffs on foreign-made vehicles in recent years.

Foreign carmakers expect to more than double their South Korean market share to 20 percent by 2016, compared with 2012 when tariffs on U.S.-made imports started to unwind. Import duties on European-made vehicles began to fall from 2011.

Hyundai – the world’s fifth-biggest automaker when combined with affiliate Kia Motors Corp – is determined to defend its dominant share of its home market as the stronger won puts pressure on earnings in overseas markets like the United States.

Hyundai’s new large car, the AG, and a diesel version of the Grandeur (Azera) sedan were unveiled ahead of the Busan Motor Show which kicks off on Friday.

The AG, slotted between the Grandeur and Genesis large sedans, will be priced from about 45 million won ($44,100) and will go on sale late this year, Hyundai said.

“There is a big price gap between Grandeur and Genesis, which have spurred many customers to shift to imported cars. We want to narrow the gap with the AG,” Kim Sang-dae, a Hyundai domestic sales executive, told reporters.

The Grandeur Diesel, which features a modified version of the 2.2-litre engine used in the Santa Fe, Hyundai’s mid-sized sport utility vehicle, will hit domestic showrooms next month.

It is Hyundai’s first large diesel car built for the domestic market, and is aimed directly at a segment where imported cars are making strong gains.

Diesel cars accounted for 62 percent of total imported cars sold in South Korea last year, up from 25 percent in 2010.

“With the new models, Hyundai faces the challenge of winning back domestic customers, whom they have lost to imported carmakers,” BS Securities auto analyst Yang Hee-joon said.

“The key is how to differentiate the AG from other large cars so that they don’t eat into each other’s sales.”

South Korea is one of the few national markets dominated by domestic carmakers, with Hyundai and Kia accounting for about 70 percent of passenger car sales last year.