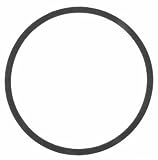 I drove a $3.5 million Bugatti Chiron and it changed the way I think about cars – Markets Insider

The arrival of a new Bugatti is a truly rare event. In fact, it’s
occurred only three times in the last quarter century. In 2016,
the successor to the game-changing Veyron arrived in the form of
the new Bugatti Chiron.

Even though Business Insider got a
sneak peek at Chiron a couple of weeks after it debuted at the
2016 Geneva Motor Show, we had to wait until a few weeks ago
before getting the chance to get behind the wheel of the
magnificent beast.

On a sunny Saturday morning, I made my way up from Business
Insider’s suburban New Jersey road test center to Miller Motor
Cars in Greenwich, Connecticut where Bugatti stored its two
Chiron prototypes.

(The Chiron is named after former Bugatti racing driver Louis
Chiron. Fun fact, Bugatti also used the Chiron name in 1999 for
its 18/3 concept car that would eventually evolve into the
Veyron.)


As I pull up in my white VW wagon, the automotive paparazzi were
already camped out in front of the Bugatti showroom waiting for
the Chiron to emerge. It was obvious that they knew they were in
the presence of automotive greatness.

Shortly after I arrive, I spot my Chiron, a truly resplendent
vision with its rich blue exposed carbon fiber livery glistening
in the early morning sunshine.

Even though the car technically belongs to VW Group, for that
morning, it was all mine to drive.

Waiting for me along with the car was my chaperone for this
endeavor, racing driver Jamie Morrow. Bugatti sent the affable
Brit to make sure some idiot auto journalist (me) didn’t do harm
to their priceless prototype.

However, the Chiron isn’t priceless, but it is insanely expensive
with a starting price of around $3 million. With options, our
blue test car costs a whopping $3.5 million. To put that into
perspective, the options on this Chiron cost the same as a
fully-loaded half million dollar Rolls-Royce Phantom sedan. Yeah,
let that sink in for a minute.

Incredibly, that hasn’t stopped the world’s uber-wealthy from
showing up at Bugatti’s front door with cash in hand.

Of the 500 cars the company plans to build over the next decade,
more than half of them have already been sold. In fact, a large
number of those orders were made before the customer could see
the final design of the car.

So what makes the Bugatti so special that it could whip people
into such a frenzy?

First off, the stats surrounding this car are stratospheric.

It can go from zero to 62 mph in less than 2.5 seconds and zero
to 186 mph takes less than 13.6 seconds. And then there’s the 261
mph top speed. According to Bugatti, that figure has been
artificially limited for road use. The company has yet to unleash
the full potential of Chiron for an all-out world-production car
speed record. That title is currently held by the Veyron Super
Sports at 267.9 mph. When it does happen, expect that figure to
be much closer to 300 mph than it is to 250 mph. And contrary to
popular belief, the Chiron’s tires can handle 300mph.


At the heart of the Chiron is a 1,500 horsepower 8.0 liter,
quad-turbocharged W16 engine. The power plant is an engineering
marvel. Its turbos are 69% larger than the those found on the
1001 horsepower Veyron. They help pump more than 211 gallons of
air through the engine every minute.

A total of 10 radiators are needed to cool the Chiron and its
massive engine. At top speed, the W16 will drain its 26.4-gallon
fuel tank in less than 10 minutes.

As we get our test drive started, Jamie takes the wheel first and
offers up a quick primer on the Chiron’s controls and what to
look out for when I do get into the hot seat.

After a few minutes, it was my turn at the wheel. We pull over on
the side of a suburban Connecticut road and switch places. The
moment I’d waited for so long was upon us. I was driving a $3.5
million Bugatti.


As the monstrous engine roars to life, the cabin Chiron’s
sumptuous red leather lined cabin is filled with a rich soulful
rumble.

Shift the car’s seven-speed twin-clutch gearbox in drive and the
Chiron launches effortlessly. The first thing you notice is just
how approachable and easy the Bugatti is to drive. For a 1,500
horsepower fire-breathing monster, it possesses the personality
of an eager puppy.

And that’s what makes it so different from anything else on the
road today. It’s not the speed the Chiron can achieve that makes
it stand out, it’s how it achieves that speed that makes it
special.

For the most part, supercars and their rarefied hypercar cousins
are designed for one thing and only one thing: speed. Cars like
the McLaren P1, Ferrari LaFerrari, and Porsche 918 are
effectively racing cars for the road. Passenger comfort was not
all that high on the priority list when it came time to put these
cars together.

That’s not the case with the Chiron. Certainly, the car has been
painstakingly engineered to achieve its record-breaking
performance, but so has luxury and docility. In essence, the
Chiron is a true hyper grand tourer.

The Bugatti design director Achim Anscheidt, once told me that
the Chiron should be no more difficult to drive at top speed than
a VW Golf on the highway. After a few minutes behind the wheel, I
can confidently say the motorcycle acrobat turned bow tie
enthusiast turned car designer hit the mark perfectly.

With that said, the Chiron isn’t all bouncy puppies and fluffy
kittens. Floor it on a highway on ramp and the Chiron’s beastly
heart awakens. With 1,500 horses, all-wheel-drive, and a quick
shifting transmission at your disposal, brutal acceleration
ensues followed by an incredible amount of speed in a very short
amount of time. And when it comes to bringing it all to a stop,
the Chiron’s four 16-inch carbon ceramic brakes team up with an
air brake to deliver whiplash inducing stopping power.

On the highway, the Chiron takes the term “passing power” into
absurdist territory. The Chiron buttery-smooth torque curve and
instant power delivery thanks to its innovative two-stage
turbocharging setup, makes easy work of any passing situation
with a mere tap of the gas pedal.

As an automotive journalist, I’ve had the privilege of driving my
fair share of 500 horsepower, 600 horsepower, and even 700
horsepower supercars along with the latest and greatest from
Tesla. They are some of the fastest and most powerful cars on the
road. And in all honesty, I haven’t felt acceleration such this
in a car before. In fact, the last time I encountered such brutal
acceleration, I was inside an Embraer Lineage 500 private jet
flying down the runway at Teterboro Airport.

In the corners, the Chiron delivers solid grip while its
relatively hefty 4,300 lbs worth of mass is a constant reminder
of how large of a vehicle it really is. In spite of the
eye-popping straight line speed, these are GT cars that will
never see a racetrack.

So what’s the verdict? Naturally, I absolutely loved the Bugatti
Chiron. It is without the best car I’ve ever driven. However,
it’s not because of its price tag, fancy interior, or insane
performance. What truly impresses me is the engineering required
to pull this whole package together. A supremely luxurious GT car
is incredibly difficult to build. If you don’t believe me ask the
folks at Aston Martin. On the other hand, a 260 mph hypercar is
even more difficult. With the Chiron, Bugatti has melded both
cars and their complications into one seamless package.

In doing so, Bugatti has moved the whole of the automotive
industry forward.

The Chiron in an art
gallery.
Hollis Johnson/Business
Insider


While some future mobility evangelists will argue that the Chiron
is an antiquated dinosaur because it isn’t electric, I strongly
disagree. Certainly, the future of mobility is electric. However,
there are plenty of other cars pushing the boundaries of electric
powertrains. With the Chiron, Bugatti and the VW Group have taken
the internal combustion powertrain to the extreme while pushing
the industry forward in terms of material sciences, thermal
management, and aerodynamics.

For now, at least, the Bugatti Chiron is the ultimate expression
of automotive excellence.