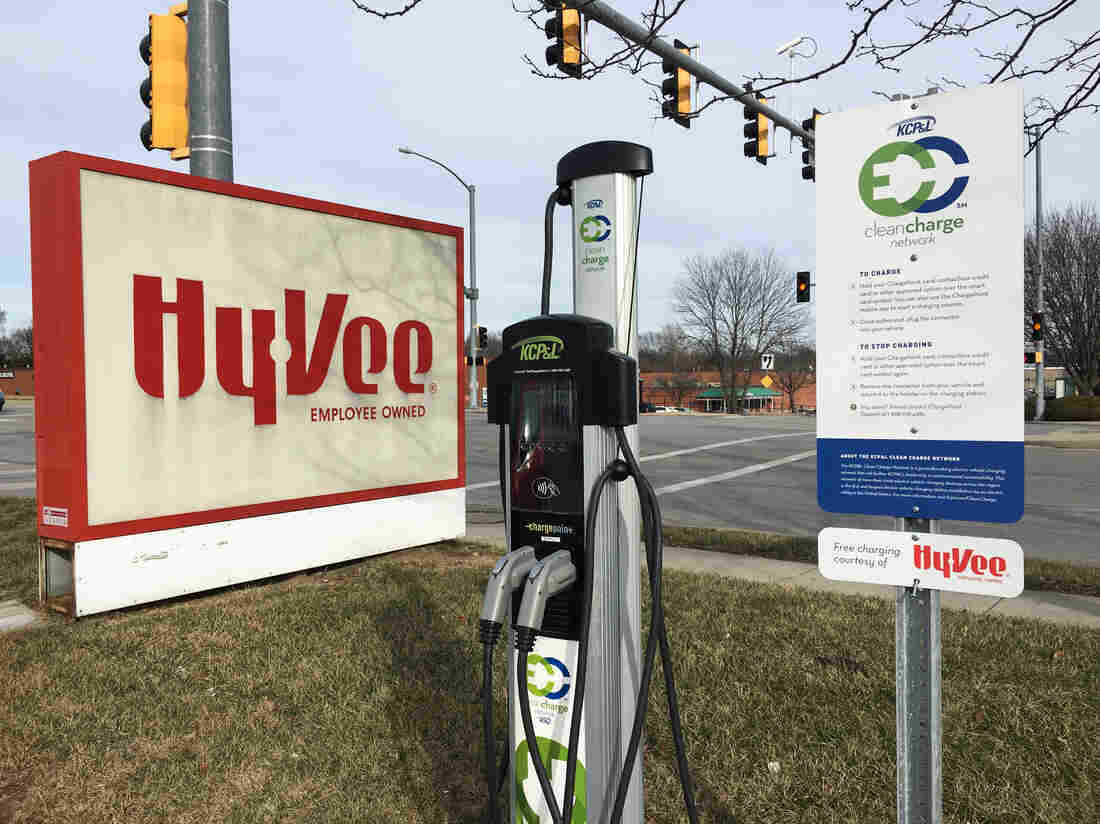 Kansas City Power & Light (KCP&L) is building 1,000 charging stations and helping to turn a Midwestern metropolitan area into one of the fastest-growing electric vehicle markets in the country.

Kansas City Power & Light (KCP&L) is building 1,000 charging stations and helping to turn a Midwestern metropolitan area into one of the fastest-growing electric vehicle markets in the country.

In the world of electric cars, there’s a chicken-and-egg problem: More people might buy electric vehicles, or EVs, if they were confident there would always be a charger nearby. And businesses might install more chargers if there were more EVs on the road.

Now, utilities are stepping forward to solve this problem, and not just in California or the Northeast. A $20 million project launched two years ago by investor-owned Kansas City Power & Light, whose service area straddles the Kansas-Missouri border, has turned a Midwestern metropolitan area into one of the fastest-growing electric vehicle markets in the country. 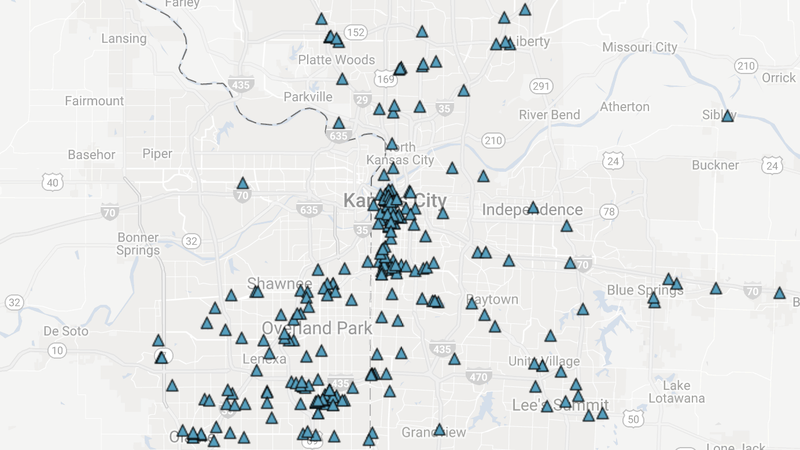 “There’s a little movement afoot here in the middle of flyover country,” says Chuck Caisley, KCP&L’s vice president for marketing and public affairs. “We’re awfully excited about the prospect of this kind of transportation, and so we wanted to be catalytic to that.”

At a time when Caisley estimates there were only 400 to 500 electric cars in the area, KCP&L announced it would install 1,000 charging stations throughout its service territory of more than 800,000 customers.

The stations are going up at workplaces, in apartment garages, at grocery stores, in city parking lots and malls, and near the baseball and football stadiums. The idea is to allow people to charge their cars as they do their cell phones, plugging in as they go about their daily lives.

For the first couple years, charging at the Clean Charge Network is free — and will remain free until at least this summer.

On a recent day, Sara and Adam Foote parked their car at a charging station in a public garage in Leawood, Kan., while they went for a drink. In the hour or so they spent in the bar, they added about 25 miles of charge to their Nissan Leaf, which they purchased 15 months ago.

“We’ve adapted our lifestyle, but I’d say that the charging stations — the abundance of them in Kansas City, has definitely made it very easy for us,” Sara Foote says.

For KCP&L, this project is about clean energy and clean air, but it’s also about selling more electricity without having to build more power plants. Caisley says KCP&L’s power grid, which was built to work on hot summer days when air-conditioning use is at a maximum, is underutilized 80 percent of the time. Customers have already paid for the electrical grid and the power plants. A dramatic increase in electricity use would drive down KCP&L’s per-unit cost, and could mean lower power bills for its customers.

“When you turn on an additional TV in your home, that’s not enough to change that equation,” Caisley says. “But when you talk about a segment [the auto industry] that’s as much as 25 to 30 percent of the entire economy, and electrifying it, you’re talking about a significant amount of increased electricity use, which means we’re now using that infrastructure that customers have paid for so much more efficiently.”

Caisley adds that the electricity the company is selling is getting cleaner all the time. Fossil fuels generate a declining share of the area’s electricity. Nuclear and renewables account for nearly half of it.

“We just happen to sit in the Saudi Arabia equivalent of wind,” he says.

KCP&L asked utility regulators in Missouri and Kansas for permission to add a 2- to 3-cent monthly fee to customers’ bills to help pay for the installation and maintenance of the charging stations. Missouri regulators have yet to rule. Kansas regulators said no. They said the utility failed to prove a need for such an extensive network of charging stations, and they said KCP&L didn’t make a compelling argument for why it should be taking the lead.

“We think KCP&L is certainly free to roll out whatever Clean Car Network program they want. The question becomes whether or not they impose the costs on a captive consumer. Our take on that is, simply not,” says David Nickel, consumer counsel with the Kansas Citizens’ Utility Ratepayer Board, the state agency that represents the interests of utility customers.

A version of this played out on a much larger scale in California a few years ago. Initial regulatory resistance there gave way to a legislative mandate to provide charging infrastructure.

Despite the Kansas ruling, KCP&L has moved forward with money from its investors. The company has built 850 of the 1,000 charging stations it has planned. 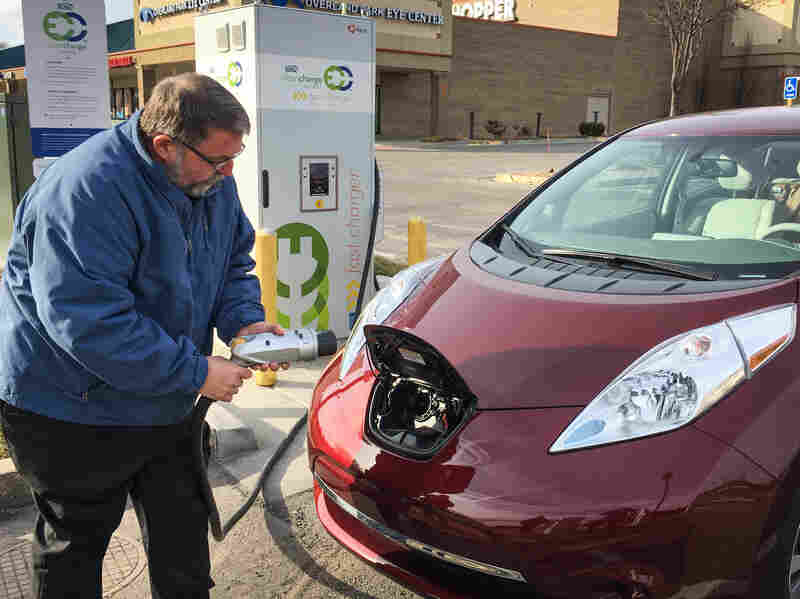 Larry Kinder, founder and CEO of LilyPad EV, gets ready to charge his Nissan Leaf at a fast-charging station at the Rosana Square Shopping Center in Overland Park, Kan.

Larry Kinder, founder and CEO of LilyPad EV, gets ready to charge his Nissan Leaf at a fast-charging station at the Rosana Square Shopping Center in Overland Park, Kan.

Overseeing this is Larry Kinder, founder and CEO of LilyPad EV. His company sells, installs and maintains charging stations for customers all over the country. KCP&L is his biggest customer by far.

From his home office in Overland Park, Kan., Kinder can monitor the stations his company has sold to see when they’re in use and how long they’re in use. Here’s one measure of their abundance: At about 9 a.m. one weekday, only about 75 cars were charging at those 850 stations. But what Kinder has learned is: If you build it, they will come, and sometimes, very quickly.

Recently, a new charging station was installed outside an office building, and not two minutes after Kinder put it on the network, it was in use.

“Now, that was an employee who was sitting in his office, watching the electrician do the installation. He ran out, moved his electric car, plugged in and charged his car up,” Kinder says. “It was wonderful.”

Kinder, who has driven EVs since before they were sold commercially, says he’s already thinking about what’s needed next. For road trips, uninterrupted by long charging stops, there’s a need for fast chargers that can add, say, 90 miles of range in a half-hour. Those are much more expensive to install. KCP&L and other companies have begun to invest along highway corridors.

“We’re a little beyond Wild, Wild West, but I think not everything’s laid out,” Kinder says. “This is all still evolving. It will all still be evolving for 10 years, or more.”