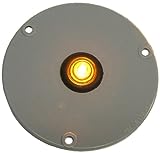 Intel announced today that it will be collaborating with Alphabet’s self-driving unit Waymo to provide the computing power necessary for Level 4 and 5 autonomous vehicles that can drive in most any condition.

Waymo’s self-driving Chrysler Pacifica minivans, which are operating on public roads in Arizona and California, already feature Intel-produced technology for everything from connectivity to sensor-data processing. By working more collaboratively in the future, the two companies say they hope to eventually produce vehicles capable of driving in any condition without human intervention.

“Given the pace at which autonomous driving is coming to life, I fully expect my children’s children will never have to drive a car,” Intel CEO Brian Krzanich wrote in a post today. “That’s an astounding thought: Something almost 90 percent of Americans do every day will end within a generation. With so much life-saving potential, it’s a rapid transformation that Intel is excited to be at the forefront of along with other industry leaders like Waymo.”

In a Medium post on the news, Waymo added that working closely with Intel on its in-house compute will allow the company to “carefully select the components that are best suited for fully self-driving technology.”

The news of yet another partnership in the rapidly moving self-driving space is intended to send two messages. One is that Waymo, in its effort to build all of its sensor and computing technology in-house, is now working at the design stage with Intel to integrate some of the chipmaker’s processors into its own platform. And second, Intel is continuing to position itself at the forefront of autonomy and self-driving by teaming up with the company with one of the most advanced systems on the road today.

Last March, Intel announced it would be acquiring Israel-based auto visual company Mobileye for $15.3 billion back. That deal just closed in June, spurring the chipmaker to begin making aggressive moves in the emerging self-driving market that Intel itself predicted will come to be worth over $7 trillion. Intel recently said it plans to build a fleet of Level 4, fully self-driving vehicles for testing in the US, Israel, and Europe. The first vehicles will hit the road later this year, and the fleet will eventually scale to more than 100 automobiles.

Waymo, meanwhile, has been racking up its own list of partnerships. The Google spin-off struck a deal with rental car giant Avis in June to manage its growing fleet of self-driving minivans. And previously Waymo said it would work with ride-sharing service Lyft on new self-driving products and pilots.

Fiat Chrysler Automobiles, which is working with both Waymo and Intel on self-driving projects, appears to be a linchpin in a lot of these efforts. For all their talk of progress in autonomy, tech companies like Waymo and Intel lack the supply chain and resources necessary to design and build cars.

Aside from Tesla, very few companies are embarking on the quest to produce fully autonomous vehicles alone, preferring instead to rely on non-exclusive partnerships and PR-friendly deals that give the impression that everyone is in this effort together. After all, this is all about safety, right? “Nearly 1.3 million people die in road crashes worldwide every year – an average 3,287 deaths a day,” Krzanich reminds us in his post. “Self-driving technology can help prevent these errors by giving autonomous vehicles the capacity to learn from the collective experience of millions of cars – avoiding the mistakes of others and creating a safer driving environment.”

It’s a laudable goal, but it will only get us so far. Expect this trend to continue until someone figures out how to actually make money with self-driving cars, at which point it will likely become every company for itself.