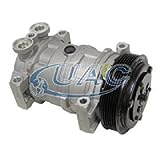 After two days of glitzy press reveals, the New York auto show, which opens to the public Friday, offers an interesting mix of luxury and mainstream vehicles in a city where those who use taxis tend to outnumber those who buy vehicles.

This year’s show in New York is in contrast to this year’s North American International Auto Show in Detroit, which was marked by high-end supercars and exotics like the Ford GT and Acura NSX.

It is all part of the elaborate dance that automakers go through when they decide which vehicles should be shown at which show.

So, can the New York show overtake the Detroit show in terms of importance? It’s a question that can be difficult to answer.

In fact, this year’s New York auto show is so strong that it is viewed by some (Bloomberg) as gaining ground on the Detroit auto show.

“I think it’s a reflection of the growing global automotive industry, and I think it reflects how important a number of auto shows are,” said Rod Alberts, president of the Detroit Auto Dealers Association. “We had one of our best years as well.”

With the U.S. auto industry on track to sell more 17 million new cars and trucks this year and the increasingly compressed product development cycles, many of the world’s top auto shows are getting stronger.

In January, the Detroit show attracted 5,000 journalists who came from around the world to cover 55 vehicle reveals and more than 808,000 people attended the public days over a two-week period that followed.

That gives the North American International Auto show the ability to claim it is No. 1 in terms of media coverage. But auto shows in Frankfurt, Germany, and Shanghai, China, are in larger venues.

Alberts said about 100 new cars and trucks will be revealed later this month at the Shanghai International Automobile Industry Exhibition in part because China alone has about 170 automakers.

Sometimes, auto shows get lucky because their dates fall in line with the product development cycles of the automakers.

When automakers decide in which to debut a vehicle, they consider how close a vehicle is to going on sale, the potential media draw of the auto show and the market in which the auto show occurs.

“You will find that with a number of product unveilings … a lot of that has to do with timing,” Alberts said.

Fiat Chrysler Automobiles, for example, does not show vehicles unless they are within three months of their sale date. This year, the automaker did not have a press conference in New York — a rarity for the Auburn Hills automaker.

The other difference is the schedule of top executives. Detroit is still the American show that most CEOs attend, and those appearances tend to generate media coverage.

There were two notable exceptions in New York this week: Ford CEO Mark Fields was in his hometown because of the importance of the reveal of a Lincoln Continental concept and Nissan CEO Carlos Ghosn attended the reveal of the new Nissan Maxima.

Historically, the New York show has been the show automakers pick for important luxury or premium reveals, while the Los Angeles Auto Show is known for attracting the introduction of hybrid cars.

“New York is very much at the epicenter of luxury,” Cadillac President Johan de Nysschen told Bloomberg. “It’s a place where not just American trends are established, but also global trends. The New York show is going to hold a prominent position on Cadillac’s calendar.”

Last year, Ford harnessed the New York Auto Show to debut its 50th anniversary Mustang and hosted media events with the car on the top of the Empire State Building.

“New York is a fantastic consumer show and a ton of the media is already here,” Scott Keogh, Audi’s head of U.S. sales, told Bloomberg. “I see New York getting stronger and stronger and it seems to be taking on a new position in the luxury corner of the market.”

In recent years, both the New York and Los Angeles shows have begun to break out of their traditional niches to debut mainstream vehicles.

“I think New York and L.A. are rising in significance for automakers for similar reasons,” said Nicole Twork of AutoTrader.com. “They are both important lifestyle markets and are key targets for automakers to expand their reach beyond the auto industry.”

The Chicago auto show — sandwiched between the January show in Detroit and the late March show in New York — tends to attract brand chiefs and top marketing executives but not North American CEOs.

Over the past two days, automakers revealed the following cars in New York that are sure to draw attention as the public prepares to attend:

A closer look at the New York and Detroit auto shows: