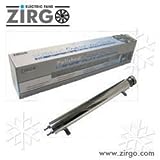 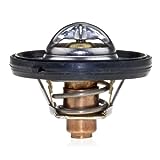 Drivers of electric vehicles now have two additional places in Laguna Beach to recharge their rides.

Each station, compatible with all battery-powered models, has a four-hour time limit. The cost is $3 per hour from July 1 to Sept. 1, and $2 per hour during non-summer months.

The city also has two stations in the Forest Avenue/Laguna Canyon lot.

“The two stations at the Forest/Laguna Canyon lot were well-received, and Laguna Beach wishes to continue to promote electric vehicles to help reduce greenhouse gas emissions,” Mary Vondrak, Laguna’s senior water quality analyst, who is familiar with the matter, wrote in an email.

The structure was chosen because of its “popularity” and “lower installation costs that are associated with parking garages,” Vondrak added.

It cost the city $14,358 for equipment and installation of both chargers at the Glenneyre structure, Vondrak said. Revenue from the Forest/Laguna Canyon lot chargers totaled $6,234 last fiscal year, from June 30, 2015, to July 1, 2016, according to the city.

The city is not the only provider of charging stations.

Sales of electric vehicles in California have increased every year since 2011, according to data from the Alliance of Automobile Manufacturers, an association of 12 of the largest car manufacturers and a leading advocacy group for the auto industry.

Laguna Beach business owners see it as a way to offer something extra to their customers.

Mozambique steakhouse installed three chargers a year ago — two specifically designed for Teslas and one that is compatible with all other makes and models, restaurant spokeswoman Jennifer Morris wrote in an email. The chargers are available to the general public at no cost.

Mozambique owner Ivan Spiers pays to maintain the chargers. He did not disclose the amount he spends, but Morris said the cost is “low.”

“As more people drive electric cars, it was prudent to install them,” Morris said. “Customer service was the driving force behind wanting to install them.”

“It’s all relatively new to us,” said Tom Lloy, a doorman at the Surf & Sand. “We’re learning by the day. With the popularity of electric cars, you have to adapt to it.”

The charging stations are available to resort guests and the general public, Lloy said.

To locate charging stations in Laguna and other cities, visit na.chargepoint.com.