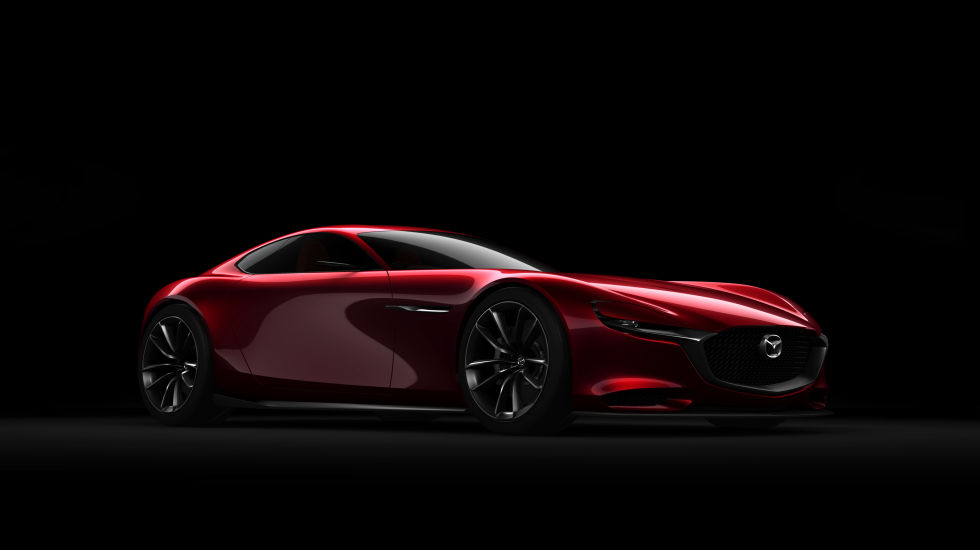 The BMW i8, Tesla Model S, and other mighty morphing concept cars

This gallery illustrates how concept cars eventually end up on our streets.

We make no apologies for our love of the concept car at Ars Technica, and this year’s Tokyo auto show has just delivered another fix. Home turf for companies like Mazda, Toyota, and Yamaha means they usually push the boat (or in this case the car) out with something special, and 2015 is no exception.

First up is Mazda’s RX-Vision, which announces to the world that the company has not given up on the rotary engine. The RX-Vision is a front-engined, rear-wheel drive sports car that has RX-7 fans salivating at the prospect of a replacement for the iconic car. Although Mazda says it has no plan to put the car into production, we wouldn’t be surprised if a groundswell of popular opinion eventually changed its mind.

Meanwhile, Lexus took the wraps off the LF-FC, a concept flagship model. It’s a big car, but one that manages to look smaller than it is, looking more like a sports car than a four-door executive sedan. Under that hood is a hydrogen fuel cell that powers electric motors at the front and rear. Is this the best-looking Lexus since the LFA supercar? We think it might be.

Finally, we’re really excited about Yamaha’s Sport Ride concept. The company is better known for its motorcycles, but the Sport Ride is the company’s idea of a car that’s as fun to drive as a bike. Intriguingly, the Sport Ride uses Gordon Murray’s innovative iStream manufacturing process with a carbon fiber tub. We’re on record as gigantic Murray fans here, and the fact that Yamaha is talking about iStream with the Sport Ride makes us think it could eventually reach the showroom. Here’s hoping.