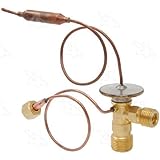 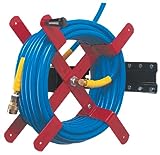 A classic up for grabs was a ’57 El Morocco. There are only six remaining in the world, and Pete Licari owns one of them.

“Only 16 were built. It was an experiment by GM to make the front half of the car like a ’57 Belair and the back half like a ’57 Cadillac,” said Licari.

But the car of the night was the Fiat Pope Francis Rode in during his visit to Philadelphia.

It was auctioned off and bought by Michael Chapman of Chapman Auto Group for $82,000.

“It’s a great cause, it’s a great vehicle and it had a very great person in it” said Chapman.

Miss America Betty Catrell greeted people in the high-end zone with the Bentley’s and Aston Martins.

“It’s incredible. I’ve never been to one before and I like hanging out with these cars,” said Catrell. “I don’t mind one bit,”

For $200, guests got some good food and good views.

As for the El Morocco, it’s worth a pretty penny.

“I’m hoping it’s worth a half million dollars,” said Licari.