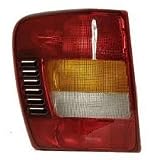 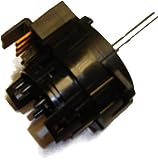 A man has been arrested after a Bentley car hit and killed a council contract gardener directing traffic around his van in Notting Hill, west London.

The silver Bentley Continental was abandoned in the street after the crash with its engine running, lights on and music blaring from its speakers, according to reports.

Scotland Yard said the victim was 23. His next of kin have been informed, but he is yet to be formally identified. Kensington and Chelsea council’s grounds maintenance contractor, Quadron, confirmed that the dead man worked for them.

Police said the vehicles involved had been seized for forensic examination and an arrest had been made. One suspect has been arrested on suspicion of causing death by dangerous driving. He was still being questioned on Friday evening.

There was no indication that the car involved in the smash was lost or stolen, police said. Similar models typically retail for at least £120,000.

Officers were called at about 11.50pm on Thursday to reports of a collision between a van and a car in Pembridge Villas, police said.

“At this early stage it is believed that the van had broken down in Pembridge Villas and the driver had got out of the vehicle,” a spokesperson said. “The car, a silver Bentley, was then in collision with the lorry and the driver.”

Witnesses told police they saw the Bentley’s occupants, two men, leap from the car and run from the scene. One fled along Pembridge Villas towards Westbourne Grove, and the other escaped down Dawson Place.

Paramedics from the London ambulance service attended the scene and fought to save the victim’s life, but he was pronounced dead shortly after 1am. Pembridge Villas, one of Notting Hill’s wealthiest streets, remained closed to traffic until 10am.

Quadron confirmed that the incident involved one of its employees. It said in a statement: “Quadron is aware of the tragic incident on the evening of 6 August involving a member of Quadron staff in Kensington and Chelsea.

“We are currently supporting the London Metropolitan police with their investigations and are unable to make any further comment at this time.

“Our thoughts are with the family and friends of our colleague at this difficult time.”

The London ambulance service said: “We were called at 11:49am to reports of a road traffic collision involving a car and a pedestrian on Pembridge Villas, W11.
“We sent a number of resources to the scene including London’s air ambulance team, two responders by car, an advanced paramedic and an ambulance crew to the scene.
“Sadly despite the extensive efforts of our crews, a person was pronounced dead by the doctor from London’s air ambulance.”

Officers from the serious collision investigation unit based at Merton, south-west London, are investigating. They are continuing their inquiries despite making one arrest and have appealed for witnesses.

Residents ran into the street after hearing a loud bang. Lee Connors, 27, said he and his neighbours had tried to give first aid to the dying man. “I and two other guys rushed in to get towels,” he told the Evening Standard.

“The car was really badly smashed up, with fluid dripping from it.”