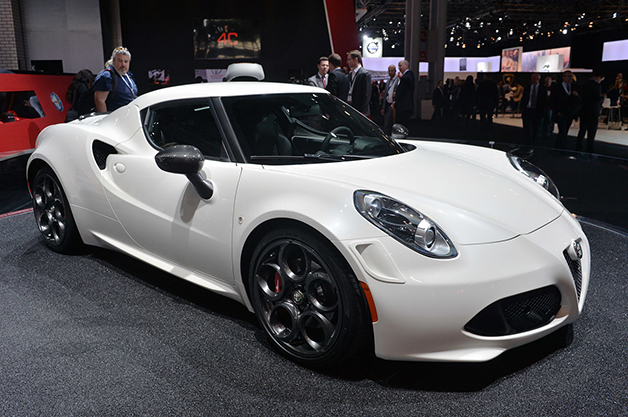 According to a report in Automotive News that quotes “people familiar with the matter,” the next big play in Fiat CEO Sergio Marchionne’s plan for Alfa Romeo is to break it off from Fiat Group Automobiles and set it up as a separate company within the Fiat empire, giving it the same structure as Ferrari and Maserati. The idea, say the sources, is that a transparent, standalone Alfa Romeo that has to justify its every move could clearly prove its success in the public financial statements it would have to report, finally achieving Marchionne’s aim of making Alfa Romeo “a credible business proposition.”

That, of course, assumes that Alfa Romeo will make a success of it. The brand hasn’t made a profit in any year of Marchionne’s decade at the helm; sales last year fell to numbers not seen in almost half a century and its new product offensive might not include the two vehicles currently responsible for 99 percent of its sales. We’re told that the brand’s six new models will begin arriving in 2016 – a roadster, a midsize sedan and large sedan, a compact SUV and large SUV, and a large coupe.

Marchionne aims to expand Alfa’s global appeal in several ways, the first by stressing that they are Italian products that ‘belong’ to Italy. This is the stance that appears to have put the kibosh on the roadster twinned with the coming Mazda MX-5/Miata. Alfa Romeos will all be made in their home country, and if they take off they’ll help bandage Fiat’s problem with underused plant capacity, a bugbear that is just as problematic culturally and politically as financially. Top-tier trims would use V6 engines developed by Ferrari, and global access would get a boost by selling Alfa Romeos in Jeep’s 1,700 international dealerships.

Some observers suggest Marchionne is preparing Alfa Romeo for sale to Volkswagen, which seems a crazy long shot in light of what Marchionne thinks of VW’s business tactics. Still, the rumors won’t die. Harald Wester, presently the CEO of Alfa Romeo and Maserati, would run the standalone company. Detroit, May 6 is where and when Marchionne will deliver the details of his plan to executives at Fiat Chrysler Automobiles, and the finance folks will expect to find out how the highly indebted Fiat plans to pay for the move.