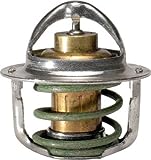 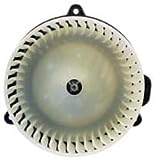 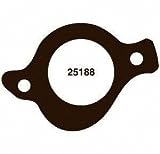 When the feds started scrutinizing two men accused of running a massive $23 million auto insurance fraud at chiropractic clinics in South Florida, their defense attorneys say investigators had a theory the ringleaders were part of the Russian mob.

The two men, arrested this month, had much in common – they emigrated from Ukraine and became U.S. citizens more than 20 years ago, settling into South Florida’s Orthodox Jewish community.

Felix Filenger was the flashy one who drove a Bentley, bought a $64,000 watch and carried a black suitcase stuffed with cash he doled out as kickbacks, according to the feds.

Andrew Rubinstein, aka Andrei Rubinsteyn, was the quiet one, and so far, little information has emerged about him. His attorney said Rubinstein is a widower who is raising his 15-year-old daughter alone since his wife died from a stroke a year ago.

Prosecutors did not charge either man with being involved in the Russian mob. They’ve never even hinted publicly that it had been part of their investigation.

But Filenger’s attorney Michael Tein said in court last week that authorities had initially investigated the alleged fraud as if it were an organized crime case.

On Friday, he told the Sun Sentinel his client will fight the fraud charges.

“The government spent years and millions of taxpayer dollars wiring up witnesses and tapping phones thinking these clinics were a front for the Russian organized crime network,” Tein said. “As it turned out, they were dead wrong, but after spending all that time and taxpayer money, it’s perfectly understandable that they felt compelled to save face and bring some charges.”

The feds allege the men ran a highly profitable crime ring of corrupt clinic owners, chiropractors and lawyers that operated mostly in Broward, Palm Beach and Miami-Dade counties. Prosecutors say it was an elaborate operation that – by conservative estimates – defrauded more than $23 million from 10 auto insurance companies between 2010 and this year.


Six more suspects have been arrested in a widening investigation of automobile insurance fraud in South Florida that involves at least $23 million, according to court records unsealed Wednesday.

The new federal charges were filed against three clinic owners, an attorney and two chiropractors from…

Six more suspects have been arrested in a widening investigation of automobile insurance fraud in South Florida that involves at least $23 million, according to court records unsealed Wednesday.

The new federal charges were filed against three clinic owners, an attorney and two chiropractors from…

Filenger, 41, of Sunny Isles, and Rubinstein, 48, of Miami, are jailed on charges of racketeering and mail fraud conspiracies, wire fraud, health care fraud, and making false statements. If convicted, they could face 20 years or more in federal prison, prosecutors said.

Investigators said the men paid kickbacks of $500 to $2,100 – per patient – to tow truck drivers and body shop workers who agreed to illegally steer accident victims to chiropractic clinics, which were secretly owned by Filenger and Rubinstein.

Federal agents used wiretaps and cooperating witnesses to record conversations and plowed through medical and financial records in an investigation that went on for several years.

When the men realized they were under criminal investigation, federal agents said they began investing in a kosher bagel shop in North Miami Beach to try to conceal and protect their cash and other assets.

Prosecutors say this is how the fraud operated:

Filenger and Rubinstein recruited tow truck drivers, body shop workers and other people who had access to supposedly confidential traffic crash reports. Their job was to refer drivers or passengers who were involved in a crash to the chiropractor clinics

These so-called “runners” were paid illegal kickbacks, ranging from $500 to $2,100 per patient, to solicit accident victims to seek unnecessary treatment at the clinics, according to the charges.

Investigators said Filenger and Rubinstein took over failing and troubled clinics and concealed their ownership by having chiropractors and others register the practices in their names. Filenger had an office in two of the clinics in Sunrise and North Miami, investigators said.

The defendants then told the doctors and chiropractors what treatments they wanted performed, based on the financial return and not the medical need, investigators said. Medical professionals who wouldn’t “play ball” were fired, prosecutors said.

Some attorneys also paid kickbacks of $2,000 per patient to the fraudsters for the clinics to refer patients to them so they could file bodily injury lawsuits on their behalf, investigators said.

Prosecutors say the fraud involved rapidly running up the medical bills by requiring patients to get a lot of treatments – the goal was 30 visits each – and expensive tests in a short period of time. The fraud took advantage of no-fault provisions in Florida’s Personal Injury Protection insurance (PIP), which require auto insurance providers to pay up to $10,000 for emergency treatment, authorities said.

The patients’ records all indicated they had an “emergency medical condition” and a documented pain level of 7, 8 or 9 – the high end of the scale – regardless of what they had reported to staff, prosecutors said.

Patients were told to show up for a lot of appointments – five sessions a week for the first couple of weeks, then three per week for a while. Many were ordered to undergo unnecessary and painful nerve tests that cost about $1,000 each and others were sent for unnecessary MRIs, according to investigators.

Clinic staff were told to give all patients a “goody bag” containing neck braces and other medical equipment “whether they need it or not” to run up costs, investigators said.

If patients balked, saying they weren’t benefiting from the treatment or didn’t have time for so many appointments, an attorney or someone else would be assigned to tell them they had to do it if they wanted to try to collect money by filing a lawsuit or insurance claim. Though no patients were criminally charged in the indictment, investigators suggested some of them may have tried to claim compensation for their supposed injuries.

Tein said his client helped make the clinics profitable by running the business side and let the doctors and chiropractors handle the medical side.

In one of many conversations secretly recorded by the feds, one of the chiropractors fretted about what would happen if an insurance company became suspicious and sent an undercover patient or “plant” into the clinics.

Prosecutors referred to the clinics as “PIP mills” – likening them to the pill mill clinics that recently plagued South Florida and made massive profits by illegally dispensing pain pills to drug dealers and “patients” who then sold the drugs on the street.

In related and similar cases, state prosecutors have filed criminal charges against several attorneys and people who illegally recruited patients for the chiropractic clinics.