On Sunday, The New York Times reported that the United States Environmental Protection Agency (EPA) will be expanding its tests on diesel passenger vehicles, including on-road testing in addition to lab tests. 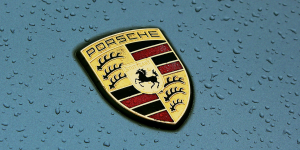 Up to 800,000 additional vehicles are affected.

The changes come on the heels of a massive scandal involving Volkswagen Group diesel cars, which were found to have included “defeat devices” that prevented the cars’ emissions control systems from working on the road but allowed the system to kick in when the cars were being tested for emissions compliance in a lab.

In the US, lab tests on new cars are ordered by auto manufacturers and sent to the EPA for vehicle certification. The EPA can randomly check those lab tests with on-road tests or more lab tests, but Volkswagen was able to circumvent the EPA’s emissions regulations for years without being caught. Defeat devices aren’t new either—since the ’70s auto manufacturers (including Volkswagen) have been caught building mechanical and digital work-arounds to pass regulators’ tests while allowing the car to spew pollutants during real-world use.

Last week, the EPA said that in addition to the more than 480,000 diesel Audis and Volkswagens that it originally found with defeat device software, additional 2014, 2015, and 2016 diesel Audis and Porsches were found to pollute more dramatically on the road than their lab tests promised.

Christopher Grundler, director of the office of transportation and air quality at the Environmental Protection Agency, told the Times that the new on-road tests will be included in the diesel vehicle certification process to help the EPA screen for lab tests whose numbers have been goosed by defeat devices. “Manufacturers have asked us what the test conditions would be, and we’ve told them that they don’t have a need to know,” Grundler said. The EPA did not return Ars’ request for comment.

Europe is also planning on instituting on-road testing by 2017. However, auto manufacturers will still be able to modify their cars and use pre-production vehicles, as well as conduct their own tests.

Volkswagen has tried to stem the bleeding from the massive scandal that has decimated its stock and called into question the status of at least 11 million cars worldwide that the company says have defeat device software on them. Volkswagen Group says that it has submitted plans to recall and fix many of the affected vehicles by January in the EU and pending EPA approval in the US.

Until then, Volkswagen Group today announced that it will give $500 to owners of Volkswagens that were initially cited in the EPA’s first Notice of Violation in mid-September. Those car owners will also get another $500 gift card to be spent at VW or Audi dealerships, as well as three years of free roadside assistance, CNNMoney says.

That package will cost Volkswagen $250 million, but that’s only a fraction of what the car company will have to spend in recalling its problem vehicles and paying fines to regulatory agencies it deceived.