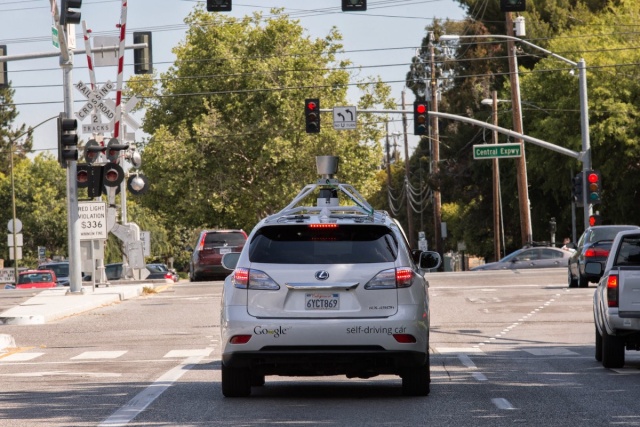 A pair of self-driving cars from rival companies had a close call in Silicon Valley earlier this week, Reuters reported Thursday evening.

According to John Absmeier, who is the head of Delphi’s local lab and was a passenger in his company’s prototype Audi Q5, a Google car suddenly cut off the Delphi car as it was about to change lanes on a San Antonio Road in Palo Alto. When that happened, the Audi Q5 took “appropriate action”—Absmeier did not elaborate to Reuters.

But that’s not what Absmeier meant, according to Kristin Kinley, a Delphi spokeswoman.

“I was there for the discussion with Reuters about automated vehicles,” she told Ars by e-mail. “The story was taken completely out of context when describing a type of complex driving scenario that can occur in the real world. Our expert provided an example of a lane change scenario that our car recently experienced which, coincidentally, was with one of the Google cars also on the road at that time. It wasn’t a ‘near miss’ as described in the Reuters story.”

Instead, she explained how this was a normal scenario, and the Delphi car performed admirably.

“Our car did exactly what it was supposed to,” she wrote. “Our car saw the Google car move into the same lane as our car was planning to move into, but upon detecting that the lane was no longer open it decided to terminate the move and wait until it was clear again.”

Google did not respond to Ars’ request for comment late Thursday evening.

Earlier this month, Google reported that its fleet of robot cars had only been involved in 13 accidents since 2009. In none of those accidents was the self-driving car at fault.

“The headline here is that two self-driving cars did what they were supposed to do in an ordinary everyday driving scenario,” Courtney Hohne, a Google spokeswoman, told Ars in an e-mail.

Update: A Reuters spokesperson told Ars by e-mail on Saturday that the news outlet stands by their original story, which has been updated.