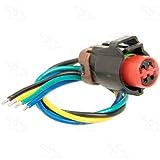 No, Tesla Is Not The Most Trusted Auto Brand In Germany After Audi – Forbes 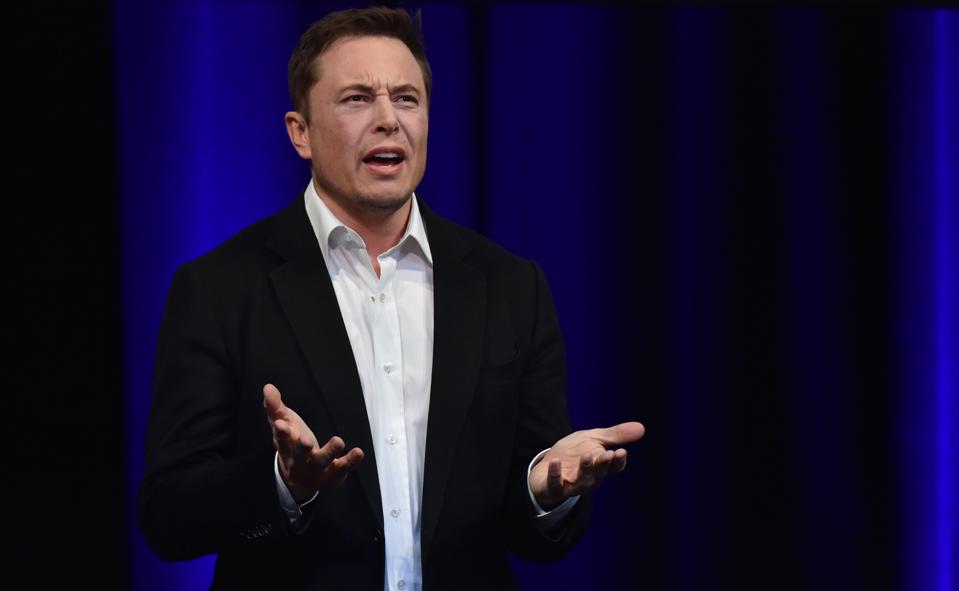 “Elon Musk’s missionary strength is not all what counts.” (Picture: PETER PARKS/AFP/Getty Images)

I need to write this story as quickly as possible. It’ll probably be too late anyway. Once Tesla’s Twitter army wakes up, we’ll hear again and again that Tesla is the number two most trusted auto brand in Germany. Oops, it’s already starting. It sure does. The problem is, it’s not true. Utter bunk. My initials.

Yesterday, Zachary Shahan wrote in Cleantechnica (of which he is “director and chief editor,” in addition to his duties as president of an empire of greentech blogs with the anticipatory name “Important Media”) that behind Audi, Tesla is the second-most trusted auto brand in Germany.

Not so subliminal message: We know that all Germans are car nuts. Autobahn, Autobahn, Autobahn. If ze Germans trust Tesla more than beloved BMW, Mercedes, Porsche, Volkswagen, surely Tesla’s utter domination of the failing legacy carmakers can only be a matter of seconds.

If it only were true.

A ranking of resilience, not of trust

The problem of the faked news is that the study cited by Cleantechnica does not measure trust in a brand. The study with the hackish “Resilienz” name measures a brand’s resilience, in other words, it gauges the thickness of the Teflon coating that protects a brand from undue harm, no matter how bad the news. Would the study rate sitting presidents, Donald Trump would probably be number one on the resilience scale, never mind that he is getting slaughtered in the trust ranking.

The term “brand resilience” was coined by Deloitte’s Jonathan R. Copulsky in a same-named book (buy it here from $1.25 used.) Brand resilience is about how to survive under fire, how to get away with scandal after scandal. By that yardstick, Tesla is aptly ranked. Elon Musk can get away with missing deadline after deadline. Everybody needs profits to survive, Tesla doesn’t. A deadly Autopilot accident would cause other automakers to be dragged over the coals of congressional hearings, Tesla barely gets a finger-wagging. That’s resilience. Forget the Tesla bubble: The Tesla brand is bubble-wrapped.

That Audi is #1 on the resilience scale “seems funny” to Mr. Shahan, but he bases his knowledge on the Audi he bought some 20 years ago in Florida, so he is excused.

If you follow the automotive business a little more closely, it makes sense that Audi tops Tesla in Teflon terms. After all, Audi has long been fingered as ground zero of the dieselgate scandal. An Audi engineer, and Audi’s former engine chief sit in jail, awaiting their dieselgate trial. Recently, Audi sacked four of its seven board members, but its CEO Rupert Stadler survived. That’s resilience. It’s not trust – ask any Audi owner who sees the value of his or her diesel car evaporate.

Mr. Shahan probably was misled by the fact that the full name of the study is “BrandTrust Resilienz.” The hidden gotcha: BrandTrust GmbH is the name of the company that did the study, it’s not what was measured. BrandTrust is a German consultancy, and like most other brand rankings, the study was done to drum up new business. Also, Cleantechnica’s Shahan conveniently overlooked the fact that Tesla actually is losing ground on the resilience scale: In 2015, Tesla topped the Teflon charts, this year, it is outdone by Audi in pure gumption. “Other than on Wall Street, Elon Musk’s missionary strength is not all what counts for Tesla’s customers,” says the study. “Real results also are important.” Ask Rupert Stadler why he’s still in charge at Audi: The brand still brings in the big profits, a major factor in his resiliency.

A German brand ranking, probably closer to the truth

Should one really want to find out which brands are showered with the unconditional love of the German customer, here some advice from someone who has been in the brand business for 30+ years. BestBrands is Germany’s top-ranking brand ranking (well, at least they give the best parties.) Its ranking of top German corporate brands reads like the attendance list of the German car cartel: #1 BMW, #2 Porsche, #4 Audi, #5 Daimler. When Bestbrands asked Germans which product brand (“Produktmarke”) they trust the most, the answers were everything from Coca Cola to Miele, but cars did not make the list.

What about best growth brand (“Beste Wachstumsmarke”) then? One would assume Tesla to be on the list, but no.

In a nod to the popular disruption hype, Bestbrands newly established a “future mobility” brand ranking this year. Finally, Tesla had a ranking it could lead. Careful: Supposedly mired-in-the-past BMW, Audi, and Mercedes Benz are not far behind.

“Who cares what Germans think,” I hear you grumble. Right you are. Cars are a global business, and the globally reigning brand ranking is that by Interbrand. That’s the chart you want to pull out if you don’t want to be laughed out of a conference room the world over. Just don’t show the chart at Tesla: Interbrand’s automotive ranking is firmly in the hands of the automotive establishment. The list is led by utterly boring Toyota, followed by Mercedes-Benz, BMW, Honda, and Ford.

The listing everybody in the industry uses: Interbrand’s 2017 ranking

Didn’t we expect Tesla to do better?

Recently, Alex Roy wrote in The Drive: “Several sources have told me Tesla accounts for 40 percent of all automotive news.” His editor interjected: “Is that all? Seems like more.”

“Every day my Twitter feed is clogged by Tesla supporters and Tesla trolls waging war with everything but guns,” Roy continued. “Tesla has motivated an army of online fans and enemies unlike anything the sector has seen since the rise of the internet. That can’t be duplicated at any price.

All of it benefits Tesla.”

Surprisingly, Tesla is at the very bottom of the Interbrand list, with a ranking lower than Kia, or Harley Davidson.  According to Interbrand’s yardstick, Tesla is far, far away from Audi. Most legacy brands (except for Toyota) have added to their Interbrand-measured brand value since the last Interbrand study. Tesla’s online armies, however, appear to be trapped in static trench warfare, with Tesla’s measured brand equity remaining the same as last year.

The Toyota brand is said to be worth $50 billion, and it seems fairly priced at somewhat more than a third of Toyota’s current $176 billion market cap. Interbrand gives Tesla only an equity of $4 billion. Today’s TSLA market cap is some $57 billion, that’s 14 times brand equity.

Either the Tesla stock is vastly overpriced. Or the Tesla brand is not as strong as one thinks it is.

But then, we should cut Cleantechnica some slack. It clearly isn’t the place to go to for automotive insights. Which becomes evident again in the article that precedes the brand ranking fake news.

Under the headline “Electric Vaporware Bonanza In Frankfurt, & Still No Tesla Competitors,” the story peddles the trite old line that clueless legacy automakers are sleeping, and that Tesla has nothing to fear, because “the obvious conclusion is that there is no viable long-range electric car competition for Tesla in the near future in spite of the announcements.”

Exhibit #1: In an article in – yes – Cleantechnica, noted electric car counter Jose Pontes wrote that in Europe, Tesla is getting creamed by the supposedly dozing legacy carmakers. In August, 2,152 of Renault’s market-dominating Zoe were sold, followed by 1,694 of Volkswagen’s e-Golf, 1,149 BMW i3, and 993 of Nissan’s old-model LEAF, while supposedly competition-free Tesla could sell only 766 units of its Model S in Europe, and 577 of its Model X. Globally, Tesla keeps being outsold by the Renault-Nissan Alliance, and one look at this chart shows that the competition is wide awake.

Exhibit #2: Cleantechnica forgot Jaguar’s I-Pace, which should appear in showrooms in summer of 2018. The I-Pace was not shown at the Frankfurt Motor Show, says Automotive News, because the car’s “order book is almost two year’s worth of production at Magna Steyr’s contract manufacturing plant in Graz, Austria, where the I-Pace will be built.”  Jaguar, not Tesla is “production constrained.” Jaguar has, said the report, “25,000 confirmed orders for the I-Pace, with customers in big markets in Europe and the U.S. placing “four-figure” deposits, despite the not knowing the exact final price.”

Exhibit #3: Germany’s auto industry did a 180 degree pivot towards electric only in the course of last year, when it became clear that the days of diesel are numbered. The development cycle for an all-new platform and associated car is about five years (unless you leave the testing to your customers.) It takes a lot of naivete (or too much exposure to Tesla’s tall tales) to expect a showroom-ready car a year after the board has given the green light.

Four or five years from now, the problem won’t be a lack of EVs in showrooms, industry contacts assure me. Then they add: “The worry is: Will there be enough customers for all those electric cars?”