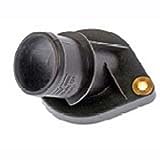 Norway’s four main political parties have been discussing a possible ban on new gasoline-powered car sales (diesel or petrol) for quite some time, but they were not able to come to an understanding until now, according to a new report from Dagens Næringsliv (Paywall), an important newspaper in Norway.

The four main political parties, both from the right and the left, have agreed on a new energy policy that will include a ban on new gasoline-powered car sales as soon as 2025 – making it one of the most aggressive timeline of its kind for such a policy. What’s probably most remarkable here is that Norway is currently one of the world’s largest Oil exporters.

India confirmed that it is evaluating a scheme for all its fleet to be electric by 2030 and the Dutch government is discussing the possibility to ban gas-powered car sales and only allow electric vehicle sales starting also by 2025, but the idea divides the parliament.

Norway’s initiative looks like it could be the first made into law and would only allow zero-emission vehicles to be sold in the country starting in less than a decade.

With 24% of new vehicles being powered by electric drivetrains, Norway already has the highest percentage of electric vehicle market share of any country – meaning that it’s less of a leap for Norway than any other country, but it’s still a big step.

In order for the initiative to really work, the electric vehicle offering on the Norwegian market would really need to increase, but almost every automaker is planning to offer a wide range of electric vehicles in their lineups by the end of the decade, which should help the project.

Tesla CEO Elon Musk is already congratulating Norway, but it’s not a done deal yet:

Just heard that Norway will ban new sales of fuel cars in 2025. What an amazingly awesome country. You guys rock!! pic.twitter.com/uAXuBkDYuR

It looks like Norway is getting closer to its fossil fuel ban, but a little more work will be needed before the country can say goodbye to gas.