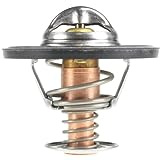 President Obama is planning to attend the North American International Auto Show in Detroit next week.

Obama will visit the exhibition on Wednesday to highlight the turnaround in the U.S. auto industry under his watch and tout the administration’s pledge earlier this week to spend $4 billion on testing self-driving cars, according to Transportation Secretary Anthony Foxx.

“Yesterday, I announced DOT’s efforts in 2016 to support the safe deployment of autonomous vehicles that carmakers have been developing,” Foxx wrote in a blog post on the Department of Transportation website Friday.

“And that includes President Obama’s proposal to invest $4 billion in pilot programs to make sure we get it right,” he continued. “Next week, the President will visit Detroit to celebrate a history-making year of record auto sales.”

Foxx delivered a speech at the Detroit auto show on Thursday in which he announced the pledge to fund research on self-driving cars.

The DOT chief told attendees that getting automated cars on U.S. roads more quickly would pay dividends in safety improvements.

“We know that 80 percent of car accidents are due to human error. So we ask ourselves, what happens if human error was eliminated?” Foxx said.


Explore how technology is making our roads and vehicles safer and infrastructure smarter. Read More

“If the technology meets its promise, my back-of-the-envelope math tells me that more than 25,000 lives would have been saved in 2015 alone,” he continued. “That is powerful possibility, and that is not only worth pursuing, it is worth working aggressively to determine whether or not it is true.”

Foxx framed the fiscal 2017 budget proposal as an extension of Obama’s pledge in his final State of the Union address on Tuesday to invest in a “21st century transportation system.”

The National Highway Traffic Safety Administration would distribute the money for pilot programs testing the viability of self-driving cars.

The Obama administration also announced on Friday a “historic” agreement with U.S. automakers on principles for safety improvements after a spike in car recalls in recent years.