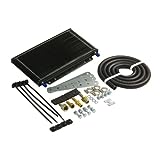 October auto sales are expected to be down a couple of percentage points from October 2016.

That’s in line with U.S. auto sales so far this year. Year to date through September, U.S. auto sales were about 12.9 million, down 1.8 percent from the same period a year ago, according to Autodata Corporation, based in Mahwah, N.J.

According to a forecast developed jointly by J.D. Power and LMC Automotive, October sales are expected to be about 1.3 million, down from almost 1.4 million in October 2016. Automakers in the U.S. market report October sales on Wednesday, Nov. 1.

On the plus side for October, it’s a highly competitive market and automakers are cutting prices to get rid of unsold 2017 models. With the model-year changeover, that’s typical for this time of year. Hurricane damage also stimulated replacement demand in Florida and Texas, analysts said.

On the down side, fewer people really need to replace a worn-out car or truck with a new one. The Great Recession created a lot of pent-up demand, but seven years worth of sales increases, including all-time records the last couple of years in a row, have dried up a lot of that demand.

Still, there have been a few upside surprises this year. September auto sales were stronger than expected at more than 1.5 million, an increase of 6.1 percent from a year ago, according to Autodata.

Also, there’s a lot of demand for trucks. Traditional passenger cars are the problem.