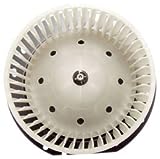 Autonomous vehicles need to drive and drive and drive, vacuuming up hours of real-life encounters on the road to make their algorithms smarter and safer.

But there’s one thing in relative short supply: cities willing to have test cars on their streets. Portland is trying to change that and be what it says would be the first to issue permits for driverless vehicles, with the goal of getting them on its roads this year.

“The technology is coming,” says Mayor Ted Wheeler. “Either the technology will happen to us, or we are going to shape the playing field.”

Wheeler and Transportation Commissioner Dan Saltzman are directing the Portland Bureau of Transportation to create a policy to open up the city’s streets to self-driving cars.

As part of a new initiative, the agency would have 60 days to develop a set of rules for pilot programs to deploy and test autonomous vehicles. It’s looking at issues such as the cost of a permit and methods of reporting when and where the cars would be on the road.

The city will solicit proposals from companies working on driverless cars to gauge how they can help Portland reach its goals of reducing carbon emissions and providing equitable service.

The city would also consider providing financial support for businesses to test autonomous transit vehicles, such as shuttles or buses, that could potentially connect passengers to its existing transit infrastructure.

Wheeler says two years of pilot testing would inform final rules: “If we wait five years, my concern is we are not going to have a say in the matter at all.”

Only 6 percent of cities contemplate a driverless future in their planning, and the industry itself doesn’t agree on regulations. General Motors, for example, testified in favor of a bill pending in Oregon’s legislature, while a coalition that includes Ford Motor and Alphabet’s Waymo, oppose it.

Officials want to get ahead of the technology rather than find themselves flat-footed, as happened in late 2014 when Uber started operating its ride-hailing service in Portland without approval, an affront to a city obsessed with process.

Portland hauled Uber to court and held the ride-hailing company at bay for several months, while the city, community members and Uber’s lobbyists belabored over writing new rules that ultimately met Uber’s needs.

Most of the major players working on autonomous vehicles have contacted the city about testing, but the city declined to name them because of nondisclosure agreements. General Motors, Lyft and Daimler were among those that wanted to partner with Portland on autonomous transportation as part of Portland’s submission for the U.S. Department of Transportation Smart City Challenge last year.

If the city’s plan works out, driverless cars can learn more about maneuvering in the rain while dodging Portland’s many modes of transit, from light-rail trains and buses, to pedestrians and unicycles.