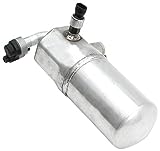 WASHINGTON | As Ray Harrington lay dead on the third floor of his North Carolina condominium, the popular professor of criminal justice at Pfeiffer University unintentionally began teaching his final lesson.

This time his students would extend well beyond the classroom, and the lesson would cover ongoing safety threats from vehicles equipped with keyless ignitions.

Incident reports would later reveal Harrington inadvertently left his 2011 Chrysler 300c running in the first-floor garage. The car produced so much carbon monoxide it depleted the available oxygen in the garage and the car stalled, but not before deadly fumes traveled three floors up and seeped into Harrington’s bedroom. He died in his sleep March 19, 2012, the victim of a simple oversight that didn’t have to be fatal.

In December 2011, three months before Harrington’s death, the National Highway Traffic Safety Administration posted a public notice in the Federal Register saying it believed vehicles equipped with the keyless ignition feature posed a “clear safety problem,” citing carbon monoxide poisoning as a significant concern for any drivers who inadvertently leave a vehicle running in an enclosed space, such as a garage.

The agency proposed new safety rules but, nearly four years later, the proposals have yet to be implemented.

Harrington became the seventh of at least 13 known deaths from carbon monoxide poisonings linked to keyless ignitions since 2009, according to a Scripps News review of related deaths nationally. Consumer complaints about how easy it is to leave keyless cars running continue to stream in to federal regulators.

Just last month, a driver in Woodmere, N.Y., filed a complaint with the National Highway Traffic Safety Administration describing how his wife “thought she had pushed the button to turn off the engine and exited the car taking the smart key with her.” But the next morning, the couple discovered the car had been running all night. The car was hot to the touch and fire officials called to the scene explained that the family “could very easily have been killed and the entire structure could have burned from the heat.”

Current federal regulations require cars with a traditional key to shut down if it is removed from the ignition. No such rule protects drivers of keyless ignition cars, which can continue running even after a driver walks away, taking the electronic key fob needed to start the engine.

NHTSA has proposed requiring loud warning alarms to sound if drivers accidentally leave their car running after exiting the vehicle with their fob. The agency determined the costs to the industry would be “minimal” to implement the fix, but it did not instruct automakers to take action.

Ray Harrington’s son, Xan, said his dad was always under the impression the car would automatically shut off if the key fob was ever removed from the vehicle.

“I remember asking him the question, ‘What if you walk out of the car and leave it running? Will it eventually shut off?’ And I remember him saying, ‘Absolutely.’ ”

Harrington died with the key fob beside his bed.

But the federal response to the issue has been slow at times, even when looking into high-profile events. According to a NHTSA investigative document uncovered by Scripps News, the agency did not ask its Special Crash Investigations team to look into a well-publicized incident from August 2010, involving Chasity Glisson, until after Ray Harrington’s death.

Glisson, a 29-year-old business development manager in the health care industry, died in her Boca Raton home from carbon monoxide poisoning. Authorities traced the source to her keyless ignition car. She was found on the floor of her bathroom after accidentally leaving her Lexus running in the garage of her townhome, officials say. Her boyfriend, Tim Maddock, rushed to help her shortly before he passed out.

“I heard her collapse on the floor,” he recalled. “I put her head on my lap and her eyes were rolling in the back of her head.”

According to internal documents, NHTSA’s Crash Investigation Division discovered the incident “through an Internet news article and subsequently assigned [it] as a remote investigation,” but did not ask for further information until April 4, 2012, a year and a half after the initial news reports surfaced.

NHTSA’s final investigative report found that Glisson’s car engine continued to run even though her key fob was found in her second floor living room. Her 2006 Lexus IS250 was equipped with an alert to warn drivers if they removed the keyless ignition while the car was running.

According to the NHTSA report, the Special Crash Investigations team tested a vehicle similar to Glisson’s Lexus for the effectiveness of its audible alert, and concluded that “the sound level of the active door chime did not register above the sound level produced by the idling engine.” Maddock sued Toyota Motor North America alleging negligence, and Glisson’s family sued the company for wrongful death. Toyota settled the joint suit.

Attorney Noah Kushlefsky, who did not represent Maddock or the Glisson family, filed separate lawsuits against Toyota on behalf of two victims who died from carbon monoxide poisoning and another who was injured. Toyota settled all three lawsuits brought by the attorney.

The automaker did not respond to requests for comment.

NHTSA has proposed requiring a louder alert of at least 85 decibels if the key fob is removed from a car while its engine is running. The alarm would be similar to the sound level of a smoke alarm and audible both inside and outside the vehicle.

NHTSA, in its 2011 posting in the Federal Register, said the costs to implement the change would be minimal, writing, “Given that we believe the total costs of this proposal would be relatively small, certainly less than $500,000 a year, for the entire industry, preventing even one serious injury over three years would make the proposed rule cost-beneficial.”

Many automakers have argued against the proposal.

“We believe the 85 [decibel] alerts proposed by NHTSA are too loud and may interfere with the driver responding to the alert in an orderly manner,” Nissan said in a 2012 public comment to NHTSA.

The agency tested 34 vehicles from model years 2013 and 2014 from seven manufacturers and found none met the proposed standard of 85 decibels, according to letters written from NHTSA to manufacturers on January 28, 2014, and released through the Freedom of Information Act to the private safety firm Safety Research & Strategies Inc.

The Insurance Institute for Highway Safety also supports the proposed NHTSA action, but urges the agency to go even further.

David G. Kidd, a research scientist at IIHS said NHTSA’s proposed one-second brief alert on the exterior of the car might cause drivers to mistakenly think the danger has passed once the warning stopped sounding. The group proposed requiring the alert to cycle at regular intervals.

“Audible alerts are a useful method for alerting drivers to unsafe conditions and should help alleviate rollaway, theft and carbon monoxide risks,” Kidd said. “We support the proposed countermeasures and encourage the agency to strengthen them.”

The Washington, D.C.-based Alliance of Automobile Manufactures declined an interview with Scripps, but said in a statement that safety is the industry’s top priority.

Attorney Kushlefsky filed his own public comment, urging the agency to implement an automatic shut-off for any vehicle left running for a period of significant inactivity, noting a “20 dollar coffee pot” has something similar and is an inexpensive solution. He says many cars already shut down on their own after 15 minutes of inactivity if a driver uses a remote start feature, and says they can easily be reprogrammed to do the same for push button ignitions without any additional hardware.

NHTSA said it considered requiring an auto shut-down feature, but in its 2011 proposal wrote, “There are scenarios, such as leaving pets in the vehicle with the air conditioning or heating system on while the driver shops or is at a restaurant, where an automatic shut-off of the propulsion system would have adverse results.”

Kushlefsky fired back, noting that leaving a pet alone in an unattended vehicle that is still running constitutes a violation of the law in 45 out of 50 states and the District of Columbia.

The public comment period for NHTSA’s proposed rule closed more than three years ago, in March 2012. The agency had been expected to announce a final rule by this November, but now says it will need more time “to review all comments received, suggestions and options before it can make the appropriate, safest and correct rule.”

NHTSA expects to issue a final rule in February 2016.

In 2005, only 2 percent of vehicles across all manufacturers offered keyless ignition as a standard feature on at least one model, according to Edmunds.com. The technology has exploded in popularity in recent years, with nearly 70 percent of 2015 models offering it as standard, according to the online auto information company.

Scripps News asked 12 automakers if they intended to implement auto shut-off devices for any current or older model that remains on the road without the feature.

Only Chrysler responded directly to the question. The company confirmed it does not have a vehicle in its fleet with the auto shut-off feature, but says it is up to drivers to properly shut their cars off as per the instructions in their owners’ manuals.

In an application for a U.S. patent for an auto shut-off device, published in May 2013, Ford Global Technologies, a subsidiary of Ford Motor Co., notes that on keyless ignition cars a driver “may unintentionally leave the vehicle with the engine idling” and acknowledges “advancements in engine technology have made vehicle engines quieter” which can “further increase the likelihood that a vehicle operator may leave the vehicle with the engine running.”

That is what happened to Pasquale Fontanini, 80, and his wife Rina, 76. According to police reports, the couple mistakenly left their 2013 Lincoln MKS running in their garage. They were found dead from carbon monoxide poisoning in their Highland Park, Ill., home.

Tragedies like that of the Fontaninis led to a major development last month when lawyers filed a consumer class-action lawsuit on behalf of all drivers nationwide who own or lease an affected keyless vehicle that does not have an auto shut-off feature.

The suit was filed in California against 10 of the world’s largest automakers: Toyota, Ford, Nissan, Honda, BMW, Volkswagen, Bentley, Mercedes-Benz, Hyundai and Kia. It seeks to force manufacturers, who make cars under 24 automotive brands, to install auto shut-offs on all of their keyless models. It alleges the automakers have known for years about the danger of carbon monoxide poisoning when people mistakenly leave their keyless ignition vehicles running.

“Consumers have written complaints to NHTSA to let NHTSA know about this problem,” said lead attorney Martis Alex of the New York law firm Labaton Sucharow. “We have to step in. NHTSA hasn’t. These deaths are preventable and we want to stop them now.”