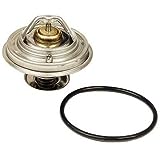 ONTARIO >> Lawana Copeland is somewhat in a league of her own.

The world of classic cars and specialty vehicles may be dominated by men, but that hasn’t stopped the Anaheim woman from pursuing her passion for 35 years.

Copeland, 61, is the proud owner of a 1970 Chevrolet Camaro, which she had painted in a Corvette yellow. She’s also put in a hood scoop, spoiler and even a motor from Corvette models.

Her car was parked on Euclid Avenue between D and C streets on Saturday morning during the first full day of the third annual Route 66 Cruisin’ Reunion, Ontario’s celebration of the Mother Road and classic cars culture. With the hood propped open, Copeland displayed the license plate holder, which read “built by a woman,” at the front of the vehicle.


“You get one guy out of 100 that automatically knows what to ask you,” said Copeland, a first time attendee.

“The majority of them prejudge you because you’re female,” she went on to explain. “I was born loving cars. That’s all I can say.”

She bought her Camaro from the original owner in perfect condition but has since invested a lot of time and money making modifications such as adding a navigation system, improving the radio system, and giving it a new interior.

Copeland acknowledges she needed help from her brother changing it from an automatic to a four-speed.


“It looked nothing like this when I bought it,” she said. “I was trying to build a Corvette because I couldn’t afford one.”

When she was 17, she bought a 1965 Barracuda. But every time she let her brothers or boyfriends work on her car, “it wouldn’t work again.”

Fed up, she went to Long Beach City College and enrolled in auto mechanic classes.

“I was the only girl there, getting made fun of all the time,” she said. “You could bring your car in at that time and I’d always bring my car in and work on it.”


Copeland said she and her husband are in the process of building a Corvette.

All throughout Saturday, hundreds of cars rolled through downtown Ontario, traveling on Euclid Avenue from Holt Boulevard to I Street.

Among those taking in the event with his family was Ronnie Granados of Rialto. For just one day, Granados, 38, said he felt like he was transported back to the 1940s and 1950s when such cars filled the streets.

“You don’t’ find cars that were built like this anymore,” he said. “Between the design, the class, the detail, the character and beauty of them — it’s like an art”

The free event, which began Friday and goes on from 9 a.m. to 4 p.m. today, was expected to feature more than 800 vehicles over the three days.