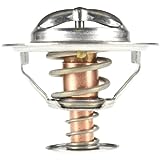 Self-Driving Cars More Prone to Accidents, But It’s Not Their Fault – NBCNews.com

Self-driving cars like those being tested by Google have been more prone to get into accidents than conventional vehicles, but that doesn’t mean they’re less safe, according to a new report from transportation researchers.

Brandon Schoettle and Michael Sivak of the University of Michigan’s Transportation Research Institute analyzed accident records from 2012 through September 2015 for three companies testing autonomous vehicles: Google, Delphi and Audi. They then compared the crash rates to the safety record of all conventional vehicles in the U.S. for 2013 (adjusted for underreporting of crashes).

But the authors noted the self-driving vehicles were not at fault in any of the 11 total crashes (all involving Google cars) reported. Furthermore, there haven’t been any fatalities, and all the injuries were deemed minor.

“One might conclude that self-driving vehicles are more dangerous, but I don’t think the data actually show that right now. They appear to be more likely to be involved in crashes in general (though not at fault and always being hit by conventional vehicles), but the injuries that occurred were less severe, and all minor so far,” Schoettle told NBC News by email.

“Plus, there have been no fatalities and they have not been involved in some of the more severe crash types such as head-on crashes or those involving pedestrians. More crashes for self-driving vehicles, so far, does not necessarily translate into less safe.”

The University of Michigan researchers noted several caveats about their analysis, including that the margin of error in the sampling results for self-driving vehicles is large enough to possibly skew the findings. The study also notes that self-driving cars have only been on the road for a few years — not enough for comprehensive, long-term data. In the study, the self-driving vehicles had only accumulated about 1.2 million miles (the vast majority by Google cars), compared with about 3 trillion annual miles in the U.S. by conventional vehicles.

Also, most of the miles driven by autonomous vehicles were on public roads in California, under generally “less demanding” conditions (no snow!) than what conventional cars might encounter.

Google also cautioned about drawing firm conclusions from the report.

“In more than 1.2 million miles of autonomous driving since the start of our project in 2009, not once has our self-driving car been the cause of a collision. We publish the details of all crashes we’ve been involved in on our website each month, and there’s a clear theme of human error and inattention,” the company said in a statement to NBC News. “The researchers themselves concede in their report that the actual crash rates of for self-driving vehicles could be lower than for conventional vehicles.”