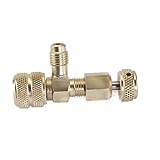 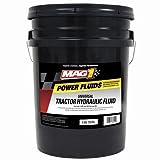 The next couple of years promise to be quite interesting for electric cars.

A minimum of six new models are expected in that time period, all promising ranges of 200 miles or more—which until a few months ago had been the exclusive province of Tesla Motors.

Finally, the BMW i5 could prove to be a crucial model for the German automaker’s “i” sub-brand, which has been in a holding pattern.

Here is a quick look at each of these models, and a summary of what we know so far.

Along with the Chevrolet Bolt EV and the Tesla Model 3, the 2018 Nissan Leaf is one of three affordable electric cars with 200 miles of range or more that’s expected to go into production this year.

The second-generation Leaf has big tire tracks to fill: the version it replaces was a major part of the first wave of modern electric cars, as well as the best-selling electric car in history.

The 2018 Leaf is expected to offer at least two battery-pack options, though only the largest is likely to provide the marquee value of 200-plus miles of range.

The new Leaf will also be offered with Nissan’s ProPilot technology, which the automaker says will offer limited self-driving capability.

Styling will likely be inspired by the Nissan IDS concept that first appeared at the 2015 Tokyo Motor Show, and will bring the Leaf more in line with other current Nissan models.

Expect the 2018 Nissan Leaf to be revealed this summer or fall, while retail sales will likely start at the very end of 2017 or perhaps early next year.

With almost 400,000 reservations as of last August, the Tesla Model 3 is certainly one of the most anticipated upcoming new-car launches—electric or otherwise.

Those legions of reservation holders expect a car with at least some of the Model S’s style, performance, and technology at a more affordable price.

Tesla has released relatively little information about the Model 3 since unveiling prototypes last year, but it has confirmed that the new sedan will have a range of at least 215 miles, and a base price of $35,000.

Differing from electric compact hatchbacks in its price range, the Model 3 is expected to target German luxury sports sedans like the BMW 3-Series and Audi A4.

Tesla will likely offer a “P” performance version to drive that point home, as well as multiple battery-pack options and dual-motor all-wheel drive, as does the Model S.

In its most recent shareholder letter, Tesla said that it plans to start Model 3 production in July, and that it hopes to be building 5,000 per week by the end of this year.

The Audi e-tron will start production next year at an Audi plant in Brussels, and will evolve the styling and powertrain components from the e-tron quattro concept that first appeared at the 2015 Frankfurt Motor Show.

The concept had a 95-kilowatt-hour lithium-ion battery pack and three electric motors—one at the front, two at the rear—providing a total of 369 kilowatts (496 horsepower) and 590 lb-ft of torque.

Audi claimed a range of 310 miles, albeit on the highly-optimistic European testing cycle. That number might well be closer to 250 miles under U.S. EPA testing.

Lithium-ion battery cells for the production model will be supplied by LG Chem and Samsung SDI.

The e-tron name—rather than a model designation like Q6—is meant to echo that of the original Audi quattro, which introduced the automaker’s now-famous all-wheel drive systems.

The BMW i5 will bridge the fairly large gap between the German luxury automaker’s i3 electric car and pricier, low-volume i8 plug-in hybrid.

The i5 will be built using the same aluminum frame and carbon-fiber-reinforced plastic (CFRP) body shell as the i3 and i8.

But a five-door crossover body will also give the i5 the most conventional configuration of any “i” model to date.

All-wheel drive will likely be at least an option, and the i5 is expected to have an EPA-rated range of 200 to 250 miles.

That range is expected to be dependent on a new generation of low-profile, high-capacity Samsung lithium-ion cells.