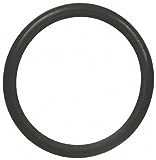 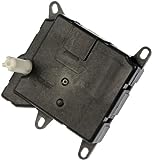 LUND, Sweden (AP) — A group of Swedish university students that raised 1.2 million euros ($1.3 million) in crowdfunding for their startup to build electric cars has caught the attention of German industrial heavyweight Siemens.

The two sides said Wednesday that they were starting a partnership that will see them create 50,000 lightweight city cars annually starting next year.

Lewis Horne, the CEO of the startup, called Uniti Sweden, says the deal gives his company “the opportunity to not only develop a sustainable car, but also manufacture it in a sustainable way at a large scale.”

Ola Janson of Siemens Industry Software said he was “really looking forward to having that partnership” between “Siemens as the very old, stable company, yet still innovative” and Uniti Sweden made up of “young people, innovative people, (who) don’t have the legacy, don’t have the limits like myself.”

The student startup’s ambitions come at a time of feverish activity within the auto and tech industries on building more ecological cars, more autonomous driving systems and even fully self-driving vehicles.

“There definitely are some famous success stories of automotive startups, but there are a lot more companies that are trying to break in right now, some that we think will succeed and some that won’t,” said Tim Stevens, editor of the website Roadshow, on the sidelines of the Geneva Motor Show this month. “Making a car is very, very difficult thing, and certifying that car worldwide is very difficult thing too.”

The vehicle will be unveiled in the fall of 2017, with first deliveries scheduled for early 2019.

Jan M. Olsen in Copenhagen, Denmark, contributed to this report.