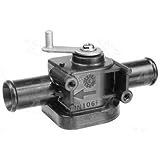 Tesla still has to beat Apple, Google, and the entire auto industry to win the … – Quartz

Being first isn’t always best. Before Facebook went wide, there was MySpace. HD DVDs beat Blu-Ray discs to the market by a few months, but ended up being abandoned by the company that created them. Tesla has the first electric cars that are both desirable and well-built—the recent Model S variant broke Consumer Reports’ rating system—and CEO Elon Musk plans to bring electric cars to the mass market. But it may not be the company to achieve that goal.

Apple is reportedly ramping up its electric car team, and Google is plugging away with its self-driving car program. At the same time, almost every established car brand is working on (or has) an electric car. Could Tesla end up being another early market leader that ends up as a footnote in a rival’s history of success? 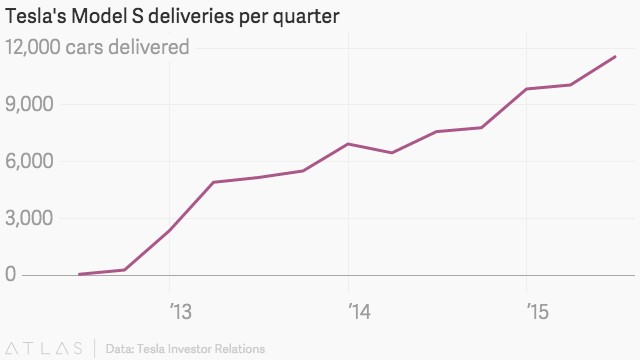 To date, Tesla has delivered over 78,300 Model S sedans, and over 2,100 Roadsters. With the S, the company created the first all-electric car that looked good, and worked well. The company is about to release its next vehicle, a crossover called the Model X, next week. The X, costing around $130,000, will be aimed at a similar subset of the luxury car market as the Model S. But the company’s next car after the X will be the Model 3, which is expected to cost a far more reasonable $35,000. But the first Model 3s aren’t expected to be delivered until 2017, by which time Tesla may not be the only company making desirable electric cars. Audi and Mercedes both expect to have electric vehicles in production by the end of the decade, and Porsche plans to be right behind them.

Right now, Tesla is a lot like BlackBerry in 2007: It’s got the controlling share of a relatively new market and the most popular products in that market. But BlackBerry—which was still the dominant smartphone company in the US through 2010—failed to keep up with new competitors. Apple ended up winning the smartphone race against BlackBerry partially because it was a computer company (and phones became small computers), but also because it built a better smartphone and excelled at marketing. 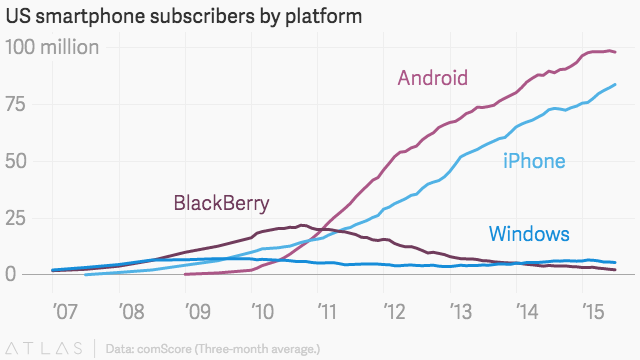 In 10 to 20 years’ time, what does the auto market look like? Here are a few scenarios:

The big auto manufacturers are still in charge

Rolling out new car lines takes years of research, development, factory retooling, and logistics. Car companies know that. Chevrolet has slowly—and to date, pretty unsuccessfully—tested the electric waters with its Volt hybrid, ahead of its development of the fully-electric Bolt model. But car companies have the infrastructure in place to do this, and a brand legacy. What would you a rather buy—an electric car that performs as well as a Porsche, or an electric Porsche?

Traditional car companies have heritage on their side, and if they can bring in the necessary technology to modernize, there’s no reason why they shouldn’t be able to carry that forward into the electric era. Recently, Audi, BMW, and Daimler formed a consortium to buy Nokia’s HERE mapping technology. These are the same companies working on luxury electric cars, and these traditional car companies are also working on self-driving, or AI-assisted, cars, which could use those maps. Toyota recently announced it would invest $50 million in an MIT and Stanford-led partnership into advancing AI and robotics, putting Gill Pratt—the former head of the DARPA Robotics Challenge—in charge of the initiative. With electric and self-driving cars, the proof will come in whether it ends up being easier to put technology into cars, or turn cars into technology.

In the next few years, Tesla has the potential to become the Apple of electric cars, even if Apple enters the industry. The company will have four models on the streets—the Roadster, the S, the X, and the 3—by the time Apple or any other competitor is likely to have a single model. Tesla will also have its Gigafactory—a massive production facility in Nevada that can produce up to 500,000 cars a year—up and running. If Tesla can bring down its prices, its cars could become a common sight on roads.

Tesla is also setting itself up for the same locked-in inertia Apple currently commands over its consumers. The company is building out its Supercharger network—a series of charging stations that rapidly charge Tesla cars—across the US’s major interstate arteries. By 2016, Tesla customers should be able to drive across the continental US, western Europe, and Japan without the fear of not being able to reach a Tesla-branded charging station before running out of juice.

On top of this, Tesla will soon have its Powerwall home battery stations available to purchase. Consumers will be able to connect the massive batteries to solar panels and charge their entire home, and their Teslas, storing any excess power generated in the battery as needed. It’s like having an iPhone connected to an Apple Watch that syncs with a MacBook and an iPad on an even grander scale. Assuming Tesla manages to deliver on its announced products—and the quality is the same as what it’s produced to date—there’s no reason to think Tesla can’t dominate the electric car market of the next few decades.

On top of all this, Tesla has Elon Musk. He’s been described as a real-life Tony Stark, and when he’s not running Tesla, he’s sending rockets into space, and trying to figure out how to get humans to Mars. He, like Steve Jobs before him, seems to demand the most from his team to deliver products that really excite the media and the market.

A computer company muscles in

Apple has spent the past decade and a half creating wildly popular, well-designed consumer electronics. The company knows how to build electronic, connected devices at scale, design for its users, and iterate on success. As Wired recently pointed out—in disturbing fashion—the modern car is essentially a smartphone with wheels. And Apple knows how to market smartphones.

Apple’s iPhone sales have dominated the company’s revenue for years. If it’s able to bring a production model like the one it has with Foxconn for its mobile devices to the auto industry, it might have a chance to succeed. Tesla’s margins are close to that of Porsche’s, Musk has said, meaning if Apple is able to produce at scale like it has for the iPhone, it may be able to command similar prices to Tesla’s. 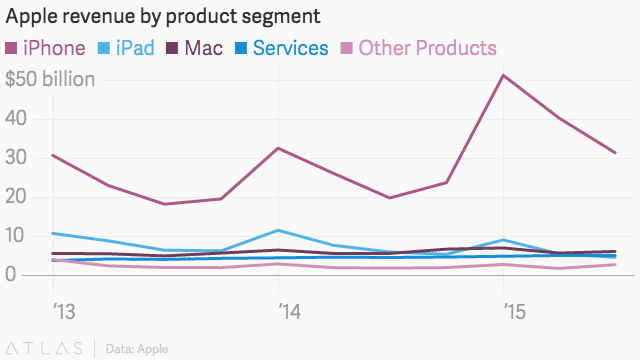 The company has also managed to grow its computer business at a time when the rest of the PC industry is sinking. That’s partially because they build a well-built, well-marketed product, but also because its computers are part of a larger ecosystem of Apple products. Apple is a lifestyle choice, and there’s no greater sign of the lifestyle you’ve chosen in America than the car you drive. 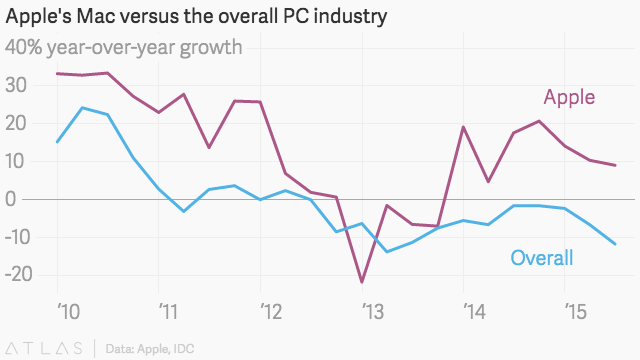 Apple is ramping up its car program—expanding it to 1,800 people—and is bringing in, as The Wall Street Journal reported (paywall), automotive and driverless car experts. Google recently hired John Krafcik, the former CEO of Hyundai US, to run its self-driving car program. A Google spokesperson previously told Quartz that that the self-driving program was a “good candidate” for being spun out into its own Alphabet company. Google’s moves seem to suggest that the company wants to ramp this project up into a business, although it’s previously said it doesn’t want to build its own cars, instead preferring to partner with auto makers. This is not a wholly different model from how Google operates with Android—it developed an open-source operating system that smartphone manufacturers can use.

Perhaps an established car company—Nissan is a decent candidate, as it currently produces the most popular electric car not made by Tesla, the Leaf—can use Google’s technology to build a rival to whatever Apple has planned. Perhaps Google will follow in its own footsteps and produce a low-volume car of its own, like its Nexus line of phones.

A startup becomes the disruptor

If Tesla lets its lead slip away, and Apple ends up producing the Apple Pencil of cars, there’s another company that could end up dominating our automative future: Uber. The $50 billion-valued startup has already disrupted many taxi systems. And the company has grand designs to eventually replace its on-demand human workforce with self-driving vehicles. Uber recently decimated the robotics lab at Carnegie Mellon, hiring away talent to work on a fleet of driverless cars.

If the company can figure out how to turn robotics research into cars that can drive themselves—which would be a bit of a leap from an app that marries supply with demand—it might be able to circumvent the entire electric car race. Perhaps in a few decades, assuming the legal and logistical hurdles of incorporating robotic cars into our highway systems can be overcome, the concept of buying a car—electric or otherwise—will seem as quaint as sending a telegram.

Until then, it looks like Tesla’s race to lose.