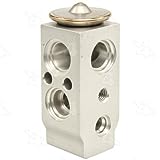 Car columnist James Healey gets behind the wheel of the new BMW i8 hybrid sports car. Join us for this inside review.
(Money, USA Today) Omigod gorgeous, holy-momma quick, college-tuition expensive, what in the world exclusive — the BMW i8 gasoline-electric hybrid went to the first few buyers in August, and 67 were in owners’ hands by the end of September.

Designated a 2014 model despite its late-year launch, it’s the second of BMW’s “i” alternative-power/electrified cars. First was i3, an itty-bitty battery car that was BMW’s attempt to do something almost as silly at the Smart car. The i8 is wholly different, and is so much like a what-if concept car that you can’t believe it’s real.

Electricity drives the front wheels. Gasoline the rears. A computer tells them when to work together, when to toil alone. Result, breathtaking acceleration, economy-car mpg, grins unending.

The electric motor has 129 horsepower and 184 pounds-feet of torque. As do all electrics, it delivers the torque right-by-gosh-now, no waiting for revs as in a gas engine. Even in electric mode you sprint away when the light goes green far quicker than other traffic, and probably faster than you intended.

The gas engine is a hoot. It’s a 1.5-liter three-cylinder based on the three-cylinder used in BMW’s Mini Cooper hardtop. But the i8 version’s 228 hp is about 100 hp more than the Mini Cooper, and its 236 lbs.-ft. of torque is really fun combined with the electric’s shove-in-the-back performance.

The Mini version of the 1.5-liter three-banger sounds remarkably pleasing and unique. The i8 aural signature is unmatched. You love to drive wide open just to be entertained by the sound. Of course, we did a lot of such driving and thus were amazed the i8 had registered a bit more than 30 mpg by the time BMW had to pry it from our hands. That’s higher than the 28 mpg government city-highway combined rating, and we almost never get more than any of the ratings, usually logging our suburban slogging at slightly less than the feds’ city-only rating.

Battery-only range is up to 14 miles. A plug-in arrangement lets you max up the lithium-ion juice holder. Normal hybrid regenerative braking and the gas engine’s ability to recharge the battery pack keep a few miles of electric range at the ready.

We made an urgent, 8.2-mile run downtown for espresso using the “eDrive” mode that tries to use the battery and keep the gas engine off. The gas engine came on very briefly, and our mpg-equivalent for the jaunt showed as an astonishing 97.5 mpg-e. Again, higher than the rating, which is 76 mpg-e for combined city/highway use.

As quick as the car is, it’s slow progress driving the i8, because you’re constantly halted to brief incredulous onlookers.

BMW i8 almost is worth the money just for the reactions.

And it’s a lot of money: four or five years of room, board, tuition at a good state college. But the notion of expensive is relative. a couple of guys we bump into now and then said, “$136,500? Not bad; thought it’d be more.”

The BMW i8, though, has a couple of serious flaws.

You hardly can get in or out. The visually impressive gull-wing doors don’t open very wide, so you have to duck like those guys in movies when they are leaving the helicopter. And you won’t remember all the time, banging your noggin painfully if you’re more than average height.

The carbon fiber underbody saves weight but requires a huge door sill for side-crash strength. To get in, you scoot your rump in undignified fashion across the wide sill and plop down.

Getting out, you have to work your way up out of the seat onto the sill and pivot, using your elbow to lever yourself the rest of the way — whereupon you’ll again forget and smack your head.

Women who tried it said they wouldn’t consider it in a skirt. BMW says it’s heard that there is a modesty-retaining method of female egress.

It won’t carry much. The two back “seats” are cosmetic only. “Just luggage,” says BMW i product manager Jose Guerrero.

But know what? We don’t care.

The BMW i8 is the most exciting car we’ve driven. Not just because it’s sleek and quick. But more because it’s real.

Not entirely practical, but sensational for its blend of attributes:

Concept looks in a real car.

A high-performance machine with better fuel economy than a family compact.

We suggest you have a heart-to-heart with your kids before they commit to college, along the lines of, “I know there’s a plumber (or electrician, or forklift driver) deep inside you. You even could pay for trade school yourself, with a job on the side.

Looks: Stunning. Hard to believe it’s a real car, not a concept.

Impracticality: Yoga training needed to get in and out, back seat’s an illusion.

What? Hybrid coupe with gull-wing doors and lightweight carbon-fiber construction as marquee features. A small gasoline engine in back and electric motor in front give it all-wheel drive ability.

Where? Manufactured at Leipzig, Germany.

How thirsty? Rated 28 mpg in combined city/highway use, or 76 mpg-equivalent with full use of electric and gasoline power.

Overall: Impractical to use, magnificent to see, drive.