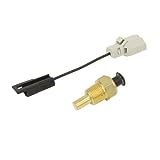 The BMW i8 packs the straight-line acceleration of a Porsche 911, three times the fuel economy, and a hybrid drivetrain into the intelligent architecture of my dreams. It’s one of the few cars to go from show to street without being diluted like prohibition-era scotch. You’ll probably never drive one. That’s OK.

That’s not because the i8 is outrageously expensive or outrageously rare. But it’s a first attempt at defining what the future will be, and like all first attempts (Laser Disc, Apple Newton, Virginity) it’s a mix of exciting and the not-yet-well-thought-out. Also, it is kind of expensive.

But the i brand has more promise and potential than anything to come out of Munich in 25 years. M continues to churn out an endless string of me-too performance machines as it accelerates away from its core principles. The i brand has a chance to change that — to change BMW. It’s the new skunkworks; more influential to BMW as a whole and more important than M to enthusiasts. Don’t kid yourself. The tech you’re seeing in i — particularly the carbon fiber construction — is coming to a car (definitely an M) near you. And it’s just a matter of time before electric power filters throughout the BMW line-up. But right now, the i8 is more of a high performance fashion statement than enthusiast savior or finished mass consumer product.

To BMW’s credit, the ingredients are all here and pieced together like a Thomas Keller tasting menu. There’s a carbon fiber tub bolted to two aluminum frames, with one housing a turbocharged engine amidships and the other an electric motor powering the front wheels. It’s low and wide and… just look at it. The i8 is one of the most striking designs to leap off a sketch pad and onto the road in the history of motoring. Even two Hasidic Jews had to deviate from their Shabbat walk to gawk at the split and sculpted flying buttresses out back.

When I was a kid, I used to try and imagine what kind of cars we would drive in the far-flung… Read moreRead on

But the i8 feels more like a rolling mission statement than a true performance car. It’s good, maybe even great, but it’s just one step towards an awesome future.

That future starts with nixing weight. It’s the perennial buzzkill that Ferrari, Lamborghini, and Pagani annihilate with carbon fiber. But the way BMW does it is different, and it’s almost as exciting as the car itself.

Rather than painstakingly hand-laying carbon fiber and shoving the whole thing — one by one — into an autoclave, BMW has automated the process. It’s the first time CFRP has been used in mass production, and that alone is a game changer.

It starts with individual filaments that are not only made stateside, but at a plant in Washington that runs on hydroelectric power (so fresh, so green). After that, it’s shipped to Wackersdorf (teehee), where it’s stacked in layers before landing in Leipzig to be formed using high-pressure resin injection and cut into shape.

The Moses Lake Reservoir in Washington is pretty important for BMW: all the sustainable carbon… Read moreRead on

Sans shipping, what would take Ferrari hours to produce, BMW does in minutes.

Now before you scream about hyper-expensive repairs, here’s the other trick bit nobody’s talking about. BMW has marked and scored the passenger cell in strategic places to allow for repairs. Stuff a Lambo bad enough, and you have to replace the tub, likely at a total loss. Stuff an i8 (or i3) and BMW claims it can cut out the damaged section, insert a new piece, do it in less time than it takes to bang out a fender, and still maintain structural rigidity and safety. That might not be at the top of your sports car shopping list when plunking down $135-large, but it’s the kind of material science and manufacturing tech that’s sitting atop the mountain just waiting to trickle down.

This relentless, starlet-obsessive attention to tonnage even made it to the windows, which are thinner and chemically hardened, just like the Gorilla Glass screen of your smartphone. That’s another first.

All in, the i8 tips the scales at 3,274 pounds, or about 200 pounds heavier than a bone-stock Carrera, all while carrying a 400-pound, 5.2-kWh battery pack spanning the center tunnel, ala Chevy Volt. Weight distribution is 49:51 front-to-rear, and that extra one percent out back could be thanks to the turbo.

It’s positively huge compared to the 1.5-liter, Mini-derived three cylinder it’s fused to. But big turbo lag isn’t an issue when an electric motor has your back. The 228-hp three-pot’s torque curve gradually increases from about 221 lb-ft at 1,800 rpm before peaking 2,000 rpm later at 236 lb-ft. But as soon as you mat the throttle, all 184 lb-ft from the electric motor is being shuttled through a two-speed gearbox before twisting the front wheels to deliver 0-60 in around 4 seconds. The torque curves of both motors line up perfectly, by design. Just as twist begins to bleed off from the electric motor at 3,800 rpm, the blown three-banger is huffing and puffing all the way to its 6,500 rpm redline. This is the performance symbiosis we’ve been promised. And it sounds phenomenal to boot.

Yes, BMW is yet again employing “enhanced” engine sounds filtered through the i8’s speakers. Get over it. Modern cars have been meticulously honed to keep exterior sounds out — not just with more sound deadening material, but with acoustic simulators — and one of the casualties is engine noise. It’s what (most) people want. When whisking along in all electric mode (BMW claims around 20 miles, I only saw 14) there’s no aural intrusion. But once the engine fires up, toggling from EV to Sport mode, well, as any biker will tell you, three-pots rock, and come complete with belches and burbles on up- and downshifts. It’s something I did countlessly and unnecessarily while heading into the Malibu canyons.

And that’s where the i8 experience begins to fall apart.

It’s quick and nimble and corners flatter than anything I’ve driven in recent memory. But as sharp as the steering is, there is absolutely no feel. Chalk it up to electric steering and ultra-thin 195/50 non-runflat tires up front, but even in Sport mode with the dampers tightened, communication is nonexistent. Despite that, there’s an air of confidence I’ve rarely found in a mid-engine car. The nose tucks in quickly and consistently, but understeer is the order du jour, and anyone telling you they got the rear end to step out (even with DCT totally defeated) is either on a runway, the Stig, or lying.

Thanks to regen, the brakes are bit grabby and the throttle calibration is hit-and-miss, perfect around town and generally constant through the bends, but seems to get tripped up when braking late into a corner when understeer rears its head. There’s a pause (again, even in Sport mode) before the computers sort things out and slingshot you through the bend with all-wheel grip. Sort things out ahead of time, and the i8 sticks for days, but even the BMW engineers I spoke with admitted that calibration was the hardest part.

Here’s an example: I’m mid-bend and let off the throttle to tighten the line before getting back on the long pedal. In that split second the six-speed auto and engine have to keep the revs up to avoid dipping too far below the torque sweet spot, the electric motor (and it’s 7 hp cousin mounted out back) have to recognize, react, and match that state, all while the computer sorts out the front-to-rear torque split to keep things steady. What few braincells I have left are oozing out of my ears just thinking about it.

And that may be the problem. BMW’s engineers spent so much time getting all these systems to play nice together that something was lost. The very first word in my driving notes was “cold.” The i8 has a clinical, antiseptic feel, in direct contrast to the dramatic exterior and high-tech hardware. And that’s the biggest hurdle for automakers to overcome with electrically augmented powertrains, at least in a car that’s not priced north of $1m. With all this technology to control, engineers need to bring back — to program in — the warmth.

If Ferdinand Piëch hadn’t set his engineers on a course for 1,000 horsepower and 250 mph… Read moreRead on

But right now the i8 is the starting point. A jaw dropping stunner with the powertrain tech to match. It’s BMW’s first crack at the electrified performance of the future, and they did well. But I know BMW can do better.