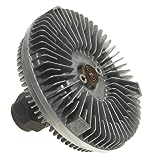 Why the reluctance? I imagine it’s simply the mind-boggling promise of a car weighing nearly 2.2 tonnes and measuring 5.2 metres –  from freshly aerodynamically optimised nose to discreetly-spoilered tail – performing in a manner familiar to anyone who’s driven the little M2, a car that, in the words off the Rolling Stones’ ‘Start me Up’, could make a dead man… Of course it can’t (perform like an M2) and you wouldn’t want it to, but that doesn’t mean it’s not got its own schtick and one that’s every bit as appealing.

Let’s get one thing straight; the M760iL looks the part, combining an explicitly technical sporting intent with a promise of comfort in a manner that reminded me of fast, contemporary motor yacht design. Sure there are “V12” badges on the C-Pillars (a 6.6-litre, twin-turbo V12 no less) but the car attracts attention as much for its stance, its gait on new 20ins wheels which tease bright blue brake callipers and the promise of its potency. A local friend, one every ultra cool Londoner of a certain age will know well, got more excited about this one than any of the other 600bhp plus monsters I’ve hauled over to show him.