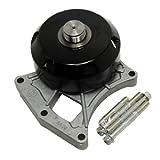 To be sure, today’s cars are safer than ever, but as ongoing crash testing conducted by NHTSA and the insurance industry-supported Insurance Institute for Highway Safety (IIHS) proves, some vehicles inherently do a better job in this respect than others. At that, so many autos had been performing so well in such tests both organizations recently revamped their evaluation procedures to actually make it more difficult for a given model to receive a top score.

The IIHS added a so-called small overlap frontal crash test to its evaluation arsenal that purports to mimic the effects of a collision with a tree or utility pole at 40 mph in more of glancing blow, rather than a full-frontal or offset frontal collision. Passing the new test is apparently no easy task, with many popular models that otherwise perform well in the institute’s other evaluations failing to make the grade. To earn an IIHS “Top Safety Pick” certification, a vehicle now has to not only earn top (“good”) ratings in the Institute’s moderate overlap front, side, roof strength and head restraint crash tests, but a “good” or “acceptable” ranking in the small overlap frontal crash test.

For its part, NHTSA updated its crash test ratings beginning with cars from the 2011 model year, adding side pole testing, using different sized crash-test dummies, collecting more crash data and compiling the data into a single overall score – still expressed in a five-star system – for each vehicle evaluated.

The next frontier in auto safety lies in advanced technology that’s designed to help drivers avoid, or at least minimize the effects of a forward collision. Such systems are standard on many luxury car lines and are being offered as optional equipment on a growing number of cars, trucks and crossovers at all but the lowest price points.

The most basic systems give the driver audible and visual warnings, with some able to pre-prime the brakes to full stopping power and/or tighten the seatbelts if front-facing sensors (cameras, radar or laser) determine the car is closing in on a vehicle or other obstruction in its path too quickly. But the best systems can go a step further by automatically applying the brakes if the driver isn’t reacting quickly enough. The IIHS says forward collision warning is offered as an option on nearly 40 percent of the 2014 models in its crash-test database, with over 20 percent of them offering autobrake capabilities, which is twice as many as offered the technology in 2012.

Last year the IIHS instituted a system to test the effectiveness of forward collision systems, rating them as being either “basic,” “advanced,” or “superior.”

To earn a “basic” grade, a model simply has to offer a forward collision warning system that meets performance criteria established by NHTSA. To garner an “advanced” rating a vehicle must include an autobrake function and be able to avoid a crash or reduce speeds by at least 5 mph in either of two tests conducted at 12 and 25 mph. Vehicles earning the top “superior” rating are able to successfully avoid a crash or substantially reduce a vehicle’s speed in both tests. A vehicle must offer one of these systems – on top of receiving top scores in its crash tests – to earn an IIHS Top Safety Pick+ designation. Starting next year, the IIHS will up the ante by requiring an advanced or better rating for front crash prevention as one of the criteria needed to receive a Top Safety Pick+ award.

“We know that this technology is helping drivers avoid crashes,” says David Zuby, IIHS executive vice president and chief research officer. “The advantage of autobrake is that even in cases where a crash can’t be avoided entirely, the system will reduce speed. Reducing the speed reduces the amount of damage that occurs to both the striking and struck cars and reduces injuries to people in those cars.”

Unfortunately where such systems are optional, they’re typically bundled in costly packages with other features, often related accident avoidance systems like blind spot or lane departure warning systems and adaptive cruise control. Worse, they’re usually offered only on the one or two costliest trim levels in a given vehicle line, which makes shopping for what would be one the safest possible vehicles an expensive proposition. For example, while the 2014 Chevrolet Impala sedan starts out with an MSRP of $26,860, a buyer must choose the top 2LZ model at $35,905 to obtain a forward collision mitigation system, which is bundled with adaptive cruise control in a $1,695 option package.

Still, it’s difficult to put a price on a life. For those who feel the added expense to be well worth the cost, we’ve compiled a list of 13 cars and crossovers that by all accounts should be among the safest rides on the road.

We started with a list of current models the IIHS rates as being “superior” in terms of accident avoidance (but only when properly equipped as noted). We then winnowed down that list to models that were also Top Safety Picks or, if they had not yet been subjected to the IIHS’ small overlap crash test to be eligible for that status, were given five stars for occupant protection by NHTSA. We’re featuring them in the accompanying slideshow.

Among those models highlighted, three come from Volvo – the S60 and S80 luxury sedans and the XC60 crossover SUV – that feature a standard “City Safety” system that will automatically engage the brakes to avoid a rear-end collision with another vehicle at slower speeds. These models also feature optional autobrake systems that work at higher speeds, as well as a recently added Pedestrian and Cyclist Detection With Full Autobrake system that keeps an electric eye out for, and automatically brakes to avoid hitting bike riders and those on foot in around-town driving.