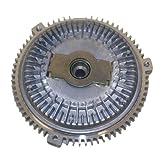 These are the new cars and trucks expected to debut at next week’s Detroit … – MLive.com

DETROIT, MI –  More than 40 new cars and trucks – concepts and immediate production vehicles alike – will be unveiled early next week in Detroit as part of the 2016 North American International Auto Show.

Some 5,000 journalists from 60 different countries are expected to descend on the halls of the Cobo Center Jan. 11 and 12 to snap photos and gather stories on the vehicle reveals, and we’ll be among them.

Here’s a rundown of what we’re expecting to see, though as always there are sure to be some surprises:

Rumors surround the debut of a new production vehicle, possibly a sedan or crossover, but Audi’s official plans could not be confirmed. A concept car could also be revealed.

NAIAS will play host to the world premiers of the BMW M2 Coupe and X4 M40i crossover. The German lux brand has already pulled the wraps off the M2 Coupe, seen in the gallery above. Along with the new vehicles, BMW said it plans to showcase “trailblazing” BMW i models and “innovative services covering every aspect of electric mobility” at its booth.

Buick is bringing its Envision crossover vehicle to the show, but also plans to unveil a surprise. The brand is keeping mum on what that surprise is, but it’s expected to be unveiled Sunday night at Detroit’s Eastern Market. Last year’ the brand revealed the well-received Aventir sedan concept.

Chevrolet could reveal a hatchback version of its all-new 2016 Cruze, which premiered in Detroit last June. The General Motors brand will also show off its Bolt EV, set to be unveiled in Las Vegas Wednesday at the CES.

The Fiat Chrysler Automobiles brand is expected to show off an all-new, 2017 Town & Country minivan. According to Automotive News, it will have foot-operated rear doors, USB ports in all three rows and an improved fuel economy. Some chatter has suggested its style could be based of the 700C concept vehicle, which Chrysler showed off in Detroit in 2012. Spy photos, however, suggest that it will be more similar to the Chrysler 200. We’ll see.

Ford’s press conference is slated for the Joe Louis Arena, where it was last year. If the Dearborn automaker’s announcement in 2016 is anything like that of 2015, which would be hard to top (think Ford GT), then expect some big surprises. So far, the company is largely expected to unveil the 2017 Ford Fusion, and possibly a plug-in electric version of that sedan.

Genesis is the new luxury brand from Hyundai, which will show off the marque’s G90 sedan. The Genesis G90 is meant to be the top-of-the-range sedan for the Korean automaker’s new brand, competing with luxury automakers on technological innovations, refinement and performance.

GMC is revealing an all-new, premium SUV on Tuesday.

The Japanese automaker plans to reveal the new Ridgeline mid-size pickup. It will be the fourth new or significantly refreshed light truck model introduced by Honda in the last 18 months, joining the refreshed 2015 CR-V, the all-new HR-V sub-compact SUV and the third-generation Pilot midsize SUV.

The luxury arm of Japanese automaker Nissan will showcase two of its refreshed vehicles, the 2016 Q50 sports sedan and the 2016 QX60 crossover. Infinity already previewed the two cars last month.

A report in Motoring says Toyota’s luxury brand plans to unveil the Lexus LC 500, a performance sedan with a 5.0-liter V-8 engine and 10-speed automatic transmission.

Lincoln is widely expected to unveil the production version of the Continental, which was resurrected as a concept car last spring at the New York auto show. Ford said in July it plans to build the Lincoln Continental luxury sedan at its Flat Rock Assembly plant in Michigan.

Twenty years after unveiling its popular SLK roadster, Mercedes-Benz is revealing its successor, the SLC, at NAIAS. Mercedes says the name change signifies the SLC’s close relationship to its C- Class lineup, from which it draws much of its technology. Like its SLK predecessor, the SLC will have a “vario-roof,” an electro-hydraulic roof that can open and close while the car is moving up to 25 mph.

After revealing the Titan full-size pickup last year, Nissan is expected to debut a new truck concept at NAIAS.

Porsche is going to debut its 2017 911 Turbo and 911 Turbo S at the show. The top-of-the-line sports cars will be available in both coupe and convertible body styles, and their engines will get a 20-horsepower boost over their predecessors, the company said. The current 911 Turbo S makes 580 hp.

Scion will show off its C-HR concept, made its world debut at Los Angeles auto show in November. The crazy little crossover is being called a concept, but one that is not far from becoming a production reality.

Fresh off revealing its Budd-e all-electric van at CES, Volkswagen is rumored to be unveiling an SUV concept at NAIAS.

Volvo will premier its new S90 sedan, which the Swedish brand is calling its “entry ticket to the premium sedan club.”

Want to see the cars for yourself?

“NAIAS leads other domestic auto shows in global media and overall industry attendance, making NAIAS the heart of the U.S. auto show circuit and a top global player for automakers looking to make world reveals with vehicles and announce significant brand strategies,” Paul Sabatini, 2016 NAIAS Chairman, said in a release. “It’s the international buzz and deep connections to the automotive community that keep the North American International Auto Show and our partners at the top of the world stage.”