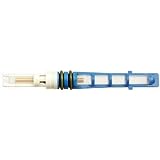 The auto industry in the United States is leaps and bounds ahead of emerging markets.

Consumers in the US enjoy the benefits of strict safety standards designed to prevent serious injuries and death in a crash.

Ever since the 1960s when Congress passed legislation forcing automakers to install seat belts in vehicles, several measures were implemented to promote transportation safety. The crash test is one of them.

New vehicles in the US are subjected to a number of tests to measure their crashworthiness, with most modern rides achieving four or five-star ratings — five being the best.

That’s not quite the case in emerging markets like India, where a handful vehicles currently on sale have earned zero-star crash-test ratings.

Videos of those tests released by the Global New Car Assessment Program last week show some of these models have no airbags and others sustained so much damage, the occupants would likely suffer critical injuries in a real-life crash.

Here’s how they performed: