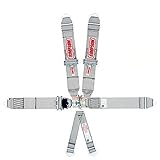 $179.21
Home › Blog › Auto › This company promises to solve one of the biggest challenges for driverless cars – Washington Post One of the biggest misconceptions about Google’s self-driving car right now is that you can’t pull up Google Maps, pick a destination and tell the car to go there. That’s because to learn new routes, the car has to be “trained” by a human driver at least once or twice first. The car doesn’t even talk to Google Maps, for security and engineering reasons.

But now a number of organizations, including Ford Motor Company, Stanford University and an investment firm run by Yahoo co-founder Jerry Yang, have invested $6.6 million into a company that promises to leapfrog that navigation issue by creating cheap, detailed maps that driverless cars will be able to read on the fly. And these maps will be created by regular drivers such as yourself, according to Civil Maps, the company behind the idea.

In that respect, the concept is a bit like another Google-owned product, Waze. That app turns every commuter into a data-gatherer: It lets drivers report traffic jams, crashes and other issues that pose a danger or delay to others, resulting in a crowd-sourced map that anyone can read.

[I rode in Google’s self-driving car. This is what impressed me the most.]

What Civil Maps wants to do is to create a Waze for driverless cars — but one that builds a picture of everything from traffic patterns to construction zones. Using a package of hardware and software, cars equipped with Civil Maps’ technology will be able to read street signs, traffic lights and warnings, then compress that data and upload it over a cellular connection.

In the aggregate, it’s easy to comprehend how this data might be useful for driverless cars. The artificial intelligence behind Civil Maps’ technology knows, for instance, that certain lanes on the Golden Gate Bridge change direction at different times of day according to rush hour. To a driverless car, it might be helpful to know ahead of time when not to drive the wrong way.

The sensor package is a lot cheaper than what, say, Google puts on its Street View cars, said Civil Maps co-founder Sravan Puttagunta, which makes it cost-effective to install it in consumer vehicles. Civil Maps is in talks with automakers in China, Japan, Korea and the United States to have its sensor packages installed in their cars, but Puttagunta declined to name specific manufacturers.

[The technology behind the Tesla crash, explained]

As of right now, most online mapping data is only updated every few months at best because it’s too expensive to upload that data wirelessly — which is part of the reason why self-driving cars aren’t ready yet for prime time, said Puttagunta.

“The infrastructure might be changing on a daily or weekly basis, so if you don’t update your map, [before] long you run into situations where you can’t trust the map data as much,” he said.

That creates pressure for driverless cars to rely more on the quick-reacting real-time systems, which are relatively untested compared with the tried-and-true routing formulas millions of people already use in turn-by-turn navigation apps every day.

The auto industry is racing to build technologies that will lead to fully driverless cars. It’s not just Google: BMW, Tesla, General Motors and others are all in the game. And that explains why Ford is so interested in Civil Maps: Unlike Google, which has lots of experience in cartography, Ford will need access to lots of mapping information — and soon — if its driverless cars are to work well.

“Investing in and working with Civil Maps gives us an additional way to develop 3D high-resolution maps,” said Ford, “which will bring fully autonomous Ford vehicles a step closer to reality for consumers.”