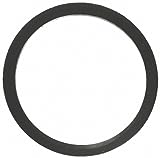 This surreal image of a Bugatti in the rocks on the side of a mountain popped up on Reddit and might look like your run-of-the-mill Photoshop put together by a bored teenager, but it actually happened — at least, according to the folks at Auto Evolution, which showed more pictures of the banged-up Bugatti.

The wreck occurred sometime during an event called The Bugatti Grand Tour 2017, where a group of Bugatti enthusiasts wheel Veyrons around South America. Details aren’t exactly clear, but while ripping around the Andes, a Veyron lost control and careened off the side of the mountain.

It doesn’t look like there were any injuries related to the wreck. Of course, the driver will likely see a panic-inducing repair bill when all is said and done. It’s hard to say what exactly is broken on the Veyron, but we’re sure there is a lot of damage.

Despite the crash, the Bugatti tour still looks like it’s still moving along.


– Wesley is an Associate Editor at Autoweek. He loves cutting up old cars, listening to weird music, and going fast.


See more by this author»