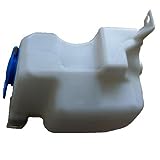 LOS ANGELES — With two full months of sales data behind it, Acura says the new TLX midsize sedan is beginning to fulfill its promise of reviving the luxury brand, whose U.S. sales and image have sagged in recent years.

Acura sold 4,890 units of the TLX in October, making it No. 2 in Acura’s lineup, not far behind the MDX seven-seat crossover. October’s sales were up 26 percent from September, the first full month of sales for the TLX, which reached showrooms in late August. Dealers say the car’s driving characteristics are helping to lure shoppers from brands such as Mercedes-Benz and BMW.

“The TLX is going to be a core product for us,” Mike Accavitti, Acura general manager, told Automotive News. “Whether it’s 1 or 2 [in the lineup] remains to be seen.”

The TLX replaced two models — the TL, which midsize sedan customers deemed too large, and the TSX, a car that Acura says didn’t deliver enough performance. The TLX is crucial to changing Acura’s image from an afterthought to a fun-to-drive luxury brand, according to Accavitti and analysts.

For many years, Acura has had trouble getting that formula right with its sedans. Its crossovers, the MDX and the smaller RDX, have sold well, but its cars have been losing ground to luxury competitors that are moving faster and more boldly with their design, technology and performance characteristics. Mercedes-Benz and BMW lead the segment, but Lexus, Audi and Cadillac are expanding their lineups as well to include more rear-wheel-drive vehicles and high-performance variants.

The TL, once a strong competitor in the midsize category, began to lose ground after a 2009 redesign that Acura admits was a turnoff.

“Acura hasn’t had a compelling sedan for a decade,” said Brauer. “The TL that debuted in 2004 was great, but every sedan from Acura since then failed to resonate with luxury sedan buyers, until now.”

Regaining leadership in the midsize sedan segment in particular is critical for improving Acura’s image, Accavitti said. “To really drive prestige for a luxury brand, you do it through the midsize market,” he said.

For that reason, Acura said, it has spent more money promoting the TLX — allocating nearly a third of the TLX’s marketing budget to digital advertising — than any other vehicle in its history.

The advertising messaging, with the tag line, “It’s that kind of thrill,” is intended to signal to potential customers that the TLX is a legitimate performance car, but not an impractical one, according to Accavitti.

“It’s not the fastest car you ever drove in your life, but it’s not supposed to be,” he said. “It’s enough performance for consumers to suit the type of driving that they do.”

The investment appears to be paying off, according to dealers, who say the TLX has helped attract new customers to the showroom. John Eagle Acura in Houston has seen customers come from BMW, Audi and Mercedes, as well as Lexus and Infiniti, said managing partner Valerian Kuznetsov. “This TLX is more competitive than any other sport sedan we have ever offered,” Kuznetsov said.

The dealership’s TLX sales in October 2014 exceeded the combined sales for the TL and TSX in October 2013 by about 25 percent, Kuznetsov said.

Acura ended production of the TSX and TL in the first quarter, with both cars in short supply by the summer. Acura wouldn’t disclose sales targets but said at launch time that it expected the TLX to easily outpace sales of the TL and TSX, while challenging the MDX as the brand’s top seller.

Now positioned between the entry-level ILX and the larger RLX, the TLX has already boosted Acura’s sales significantly.

Deliveries for the brand rose 8 percent in October, with the TLX accounting for nearly one-third of sales volume overall. Prices start at $31,915, including shipping.

In October, the most frequently cross-shopped cars were the Honda Accord, Acura ILX, Mercedes-Benz C class and BMW 3 series, according to Edmunds.com.

One big draw is the TLX’s selection of engines — a 2.4-liter four-cylinder in front-wheel drive and a 3.5-liter V-6 in either fwd or all-wheel drive — said Lee Hubbard, managing partner at Jay Wolfe Acura in Kansas City, Mo. The dealership has sold 77 TLX units through October, with sales up 45 percent over the TL and TSX in the same period last year.

“We always had kickback from customers trying to sell a four-cylinder like the TSX offered because it didn’t offer enough performance,” he said. “But now we have as many asking for the four-cylinder that’s mated to the all-new eight-speed transmission and optional drive modes.”

A full revival of Acura is still a work in progress, though. “Acura still has an uphill battle to climb to fully compete with the top luxury players,” said Jessica Caldwell, senior analyst at Edmunds. “Compared to the German luxury brands, Acura’s model lineup is very small, so it’s crucial to do well in the segments they sell in.”


You can reach Jaclyn Trop at jtrop@crain.com.