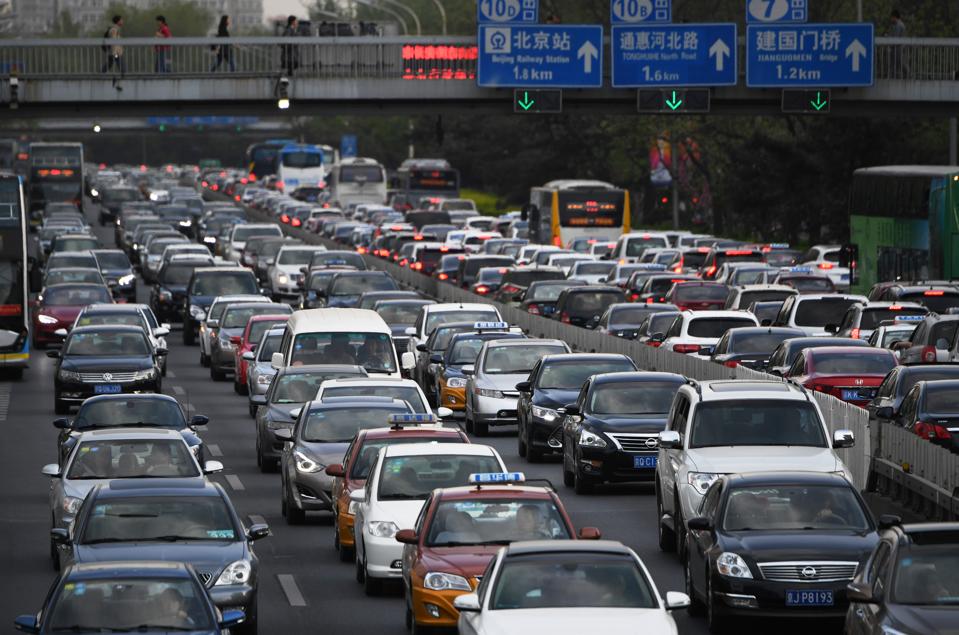 A view of traffic on Beijing’s Second Ring Road on April 14, 2017. Between coal fired power plants and China’s ever-increasing automobile traffic, cities like Beijing are now home to some of the worst air quality in the world. To make the city livable, Chinese policy makers are getting tougher on coal and cars. (Photo by GREG BAKER/AFP/Getty Images)

China is mulling a ban on cars that run on fossil fuels, Xinhua news agency reported on Monday. In a move to both clean up its notoriously bad air in Beijing and Shanghai, and promote the development of “smart cars” and electric vehicle makers like BYD, the central planners of Beijing are likely thinking that bans on gas guzzlers will entice more electric vehicle production and its related infrastructure like plug-in charging stations at gas stops. BYD Company (HKG: 1211) rose 4.55% on the news. Tesla did the same.

This is good news, after all. Not only is it positive for the Chinese who live in some of the most polluted cities in the world, but it is also meaningful for the future of China’s massive auto industry. This is a way to develop the industry, while sticking to Xi Jinping’s promise to green up China’s dirty, fossil fuel beast of an economy.

China’s major cities are some of the most polluted in the world. Only New Delhi, India and Karachi, Pakistan have more C02 in the atmosphere than Beijing, according to a study by Atmospheric and Environmental Research, an environmental consulting firm in Lexington, Massachusetts. To keep Beijing livable, and eventually make it a world class city, something has to be done.

The government announced last year that it was cracking down on coal production. Now it is discussing doing away with gasoline powered cars.

Xin Guobin, China’s vice-minister of the Industry and Information Technology Ministry told Xinhua that the country had started research on a timetable to phase out production and sales of fossil fuel cars. “The measures would surely bring profound changes to the sector’s development,” Xin said, without saying when this would be rolled out. Xinhua sourced experts who believed the ban wouldn’t happen until 2040 at the earliest as the market there cannot handle a pure electric fleet in the near-future. China has easily over 160 million cars on the road.

The State Council said China would build more than 12,000 new charging stations before 2020 to fulfill the demands of over 5 million plug-ins.

China is the world’s largest auto market. In terms of electric vehicle sales, BYD is bigger than Tesla. Tax exemptions, discounts for car purchases and government mandates to buy electric cars has driven the market. China sold 507,000 commercial and passenger electric vehicles and hybrids in 2016, an increase of 53% from 2015. Sales of pure EVs rose 65% to 409,000, accounting for 80% of what China refers to as “new energy vehicles”.

It’s still a tiny market. Changing strategy from a gas engine to an alternatively powered vehicle is not something that can be done from one day to the next. Local auto makers made around 28 million commercial cars and trucks last year. That’s a lot of cars depending all new equipment to run on something other than gas and diesel. China has been the world’s No. 1 car maker for 8 years.

When China talks “smart cars”, they are not talking about cars that break on their own in times of danger, or interconnectivity with on-board WiFi systems. For China, “smart” is building better, affordable electric and hybrid vehicles to compete with the top American EV producers: Tesla, Ford and General Motors with its flagship EV the Chevrolet Volt. 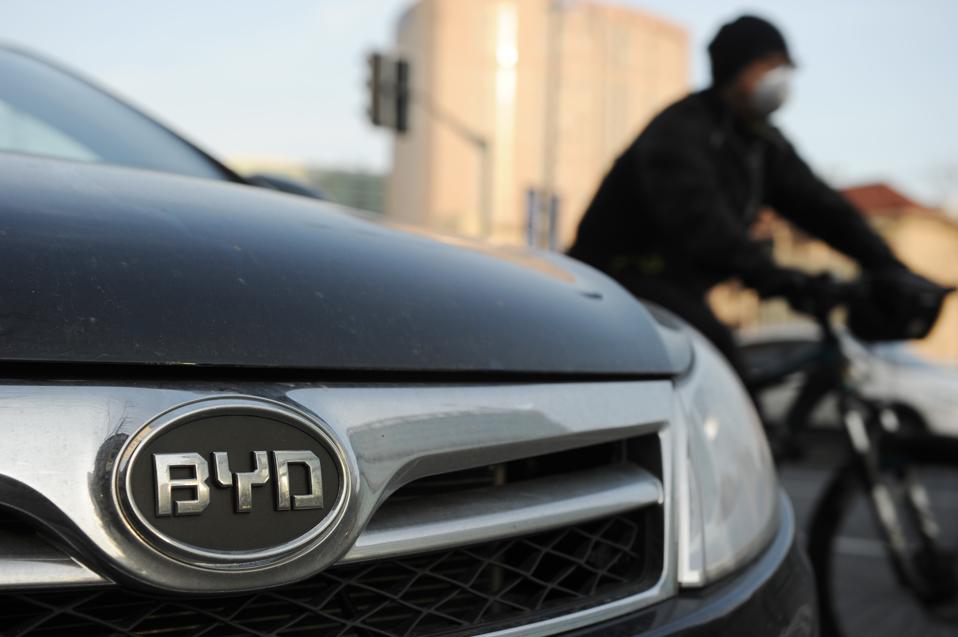 A cyclist in a dust mask passes a BYD car on a street in Shanghai on March 25, 2013.  AFP PHOTO/Peter PARKS

China’s Ministry of Industry and Information Technology wants tighter fuel consumption controls for engine makers, and is considering even more EV sales credits. Xin told Xinhua the next 10 years are “critical” for the auto industry to adjust to the new energy efficient mandates. Emissions reduction requirements are increasing, and the development of hybrid and EVs are becoming more technically demanding. Beijing is now signalling that developing this sector of the auto industry is a national technology and environmental strategy. Beijing has become more aware of air quality impacts on the locals following an Al Gore-esque documentary called “Under the Dome”.

China has the tools and the cash to build the EV market.

A July 2017 report on electric vehicles by McKinsey & Company shows that China’s EV supply chain is superior to that of the United States. Only Norway scores higher on McKinsey’s EV Index. Worth noting, BYD is currently running two EV bus lines in Oslo in a testing phase to see if the city wants to contract for more of them.

China provides monetary subsidies that, for a representative, midsize car, amount to approximately 23% of total EV price, McKinsey estimates. That’s lower than the subsidies helping EV buyers in Denmark (49% discount) and Norway (45%), but higher than the 18% subsidies here in the U.S.

China said it will gradually shift from direct subsidies to non-monetary incentives by 2021, which likely includes things like mandates that may include Beijing’s wish-list of getting fossil fuel cars off the road.

Lastly, while China beats the U.S. in the absolute number of EVs sold, the country does less well when its EV sales are considered in relative terms, McKinsey says. Chinese EV penetration in its passenger vehicle market was a mere 1.4% in 2016; in Norway, it was about 24%. 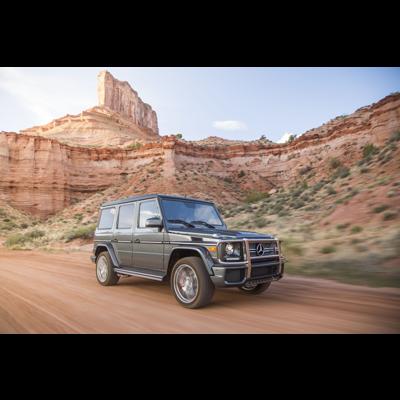