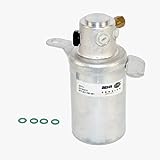 said late on Tuesday it is recalling 1.43 million hybrid Prius and Lexus CT200h cars worldwide because of a possible airbag inflator defect.

The recall covers 2010-2012 vehicles with air bag inflators that could have a small crack that could grow over time, which could lead to the air bags inflating. If a passenger is in the car at the time, it could increase the risk of injury, Toyota said.

The recall covers 482,000 U.S. vehicles. The air bag inflators involved in this recall were not produced by Takata Corp, Toyota spokesman Victor Vanov said. Toyota said it was not aware of any injuries or deaths related to the current recall.

The Takata airbags have been blamed for 11 deaths and some 150 injuries, with more cases under review; most of the deaths have occurred in Honda. The recall of Takata airbags also has covered far more vehicles, with nearly 70 million vehicles in the U.S., and 100 million worldwide. Of the 70 million recalled, only about 8 million have been replaced. U.S. regulators have estimated that the fixes could take two years to complete.

The Takata Airbag Recall Is Now a Full-Blown Crisis

Toyota said it will notify owners by mail and will install retention brackets, which would prevent the air bags from entering the vehicle interior, at no cost to customers.

Customers can check Toyota’s website to see if their car has been affected.

Fortune staff contributed to this report.