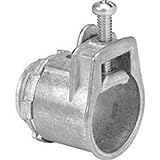 U.S. auto makers posted blockbuster gains in February, driven by a barrage of Presidents Day promotions and pent-up demand from a January blizzard that forced some East Coast buyers to delay purchases.

Market watchers Edmunds.com and TrueCar predict auto makers will post their highest U.S. February volume in more than 15 years, with the annualized selling rate expected to hit or exceed 17.5 million. Some auto makers were still tallying results and an industry-wide figure is expected later in the day.


’s sales shot up 20% over the same month a year earlier to 216,045 vehicles, its highest February retail sales in 11 years. Ford-brand sport-utility vehicles and F-series pickup trucks both recorded their best February performance in a decade.

Fiat Chrysler Automobiles NV posted a 12% rise to 182,879 vehicles in February, extending the Italian-U.S. auto maker’s sales-gains streak to 71 months. Its Jeep brand sales shot up 23%, with the Cherokee, Wrangler, Patriot and Compass recording their best February ever. Dodge brand sales picked up 12%, with the Journey and Challenger also logging their best-ever sales for the month.


reported sales jumped 13% over the same month a year earlier with its Civic up 32% and Accord up 19%. Its light truck sales also increased 9%.


logged an 11% increase. Its crossovers, trucks and SUVs skipped up 14% to a February record.

Low fuel prices, easy credit and improving U.S. employment are helping lift new-car demand, following six years of uninterrupted growth and a record U.S. sales year in 2015. With gasoline prices averaging under $2 a gallon nationwide, sales of expensive trucks and SUVs continued to drive gains for most auto makers. Edmunds.com says light trucks and SUVs outsold cars for the 30th straight month and such vehicles overall made up 60% of February’s sales volume.

Still, investors have fled the sector of late, sending U.S. auto stocks falling amid worries the car market has peaked, and there are some red flags that underlying consumer demand is starting to soften. TrueCar estimates the industry’s average incentive spending climbed 11% in February to nearly $3,000 per vehicle.


, which halted sales of diesel cars because of an emissions-cheating scandal, reported a 13% overall decline in sales for the month. But its Tiguan sales soared 78% to a best-ever February for the small SUV.

Write to Anne Steele at Anne.Steele@wsj.com and Christina Rogers at christina.rogers@wsj.com