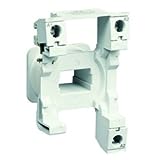 Millions of British motorists could be driving illegal cars which have been doctored to mask dangerous levels of emissions after Volkswagen admitted to rigging pollution tests.

The German manufacturer is facing fines of $18 billion after accepting it had systematically installed software in VW and Audi diesels since 2009 to deceive regulators who were measuring exhaust fumes.

On Monday night the US Environmental Protection Agency (EPA) widened its investigation to other car manufacturers as campaigners warned that the practice was likely to be widespread across the industry, affecting motorists worldwide.

Air pollution is thought to account for 30,000 deaths each year in Britain. But health experts have long argued that there is far too much nitrogen oxide (NOx) in the air for car industry emissions figures to be accurate. They claim levels should have halved in recent years and yet they have remained stubbornly high.

In Britain and the rest of Europe, all new diesels should have met the Euro 6 emissions standard from September 1 but a recent report by campaigners Transport & Environment (T&E) found just one in 10 complied. One BMW was pumping out more than 10 times the legal limit of nitrogen oxide.

If more manufactures are drawn into the scandal it could lead to millions of cars, which have been bought in Britain over the last six years, being recalled.

Greg Archer, T&E’s clean vehicles manager said: “The Volkswagen example is clearly just the tip of the iceberg and there will be a lot more companies dragged into this.

“Exactly the same technology is used in Europe as it is the US, and tens of millions of cars have been sold since 2009.

“That means that there are potentially millions of cars that are being driven illegally. Obviously it is not the drivers’ fault, but it is likely we will see huge numbers of recalls.”

Shares in the company plunged by 20 per cent on the back of the admission by Chief Executive Martin Winterkorn that the company had used ‘defeat’ technology to evade emissions test.

The software works by sensing when a car is being tested and injecting urea into the exhaust system to clean up fumes. It allows cars to appear ultra-clean when in fact they emit up to 40 times as many nitrogen oxide as the legal limit.

In Britain, the number of diesel cars has risen from 1.6 million to 12 million since 1994.

The European Commission said it was in contact with Volkswagen and US regulators to find out how widespread the deception had gone. So far regulators have found 482,000 diesel cars which were sold in the US between 2008 and 2015 based on false information.

RAC chief engineer David Bizley said: “Motorists on this side of the pond will be looking for reassurances that vehicles sold in Britain – which are subject to stringent European emissions standards testing – are not affected by today’s Volkswagen announcement.”

Health experts warned that road transport is the primary source of deadly nitrogen oxide and that failures to cut emissions could be causing thousands of deaths each year.

Professor Alastair Lewis, of the department of atmospheric chemistry at the University of York said “The widespread mismatch between real-world emissions and those being reported by manufacturers when new vehicles take tests in labs is a very serious problem.

“Volkswagen seems unlikely to be the only manufacturer attempting to game their emissions in this sort of way.

“The lack of improvement in European air quality in city centres, particularly for NO2, can be traced back to these inaccurate figures. This will translate directly through into reduced public health and increased mortality.”

Air pollution levels have not been falling in Britain even though the car industry claims that emissions have dropped  Photo: ALAMY

Many car manufacturers have spoken out to distance themselves from the scandal with Daimler and BMW publically stating that the allegations did not apply to them.

And Mike Hawes, CEO Society of Motor Manufacturers and Traders said emissions tests were more difficult to fix in Europe.

“The EU operates a fundamentally different system to the US – with all European tests performed in strict conditions as required by EU law and witnessed by a government-appointed independent approval agency,” he said.

“There is no evidence that manufacturers cheat the cycle. Vehicles are removed from the production line randomly and must be standard production models, certified by the relevant authority – the UK body being the Vehicle Certification Agency, which is responsible to the Department for Transport.”

Hundreds of thousands of Volkswagen cars have already been recealled

However the Department of Transport last night warned that cars would be immediately recalled and banned from sale if they were found to have breached European regulations.

“All cars on UK roads must adhere to Europe-wide regulations on emissions. Any car found to be noncompliant can be recalled and taken off the market,” said a spokesman.

Carmakers have already been accused of using a range of techniques to ensure that their cars perform far better under test conditions such as over inflating tyres, stripping components to reduce weight, and using super-smooth test tracks

There are plans to introduce a new on-road test that will measure the real-world emissions of diesel cars, but it will not apply to all new EU cars until 2018 at the earliest and the car industry want it pushed back until 2020.