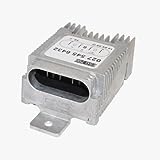 Volkswagen US CEO: It may take years to fix cars – USA TODAY

Volkswagen U.S. CEO: It may take years to fix cars

Volkswagen Group of America CEO Michael Horn is sworn in while testifying to the House Energy and Commerce Committee’s Oversight and Investigations Subcommittee in the Rayburn House Office Building on Capitol Hill October 8, 2015 in Washington, DC.(Photo: Chip Somodevilla, Getty Images)

Cameras clicked like pattering raindrops against the hood of a car as Volkswagen U.S. CEO Michael Horn raised his right hand Thursday and became the first executive from the German automaker to testify under oath about the company’s emissions scandal.

With members of Congress questioning Volkswagen’s integrity, Horn took the witness stand amid feverish global interest in the automaker’s admission that it rigged 11 million cars worldwide with software designed to fool regulators into believing the cars were compliant with emissions standards.

Horn, who has not been implicated in the scandal, apologized, pledged to fix cars and said three workers in Germany have been suspended. He said he believes the company’s American employees did not know about the matter until recently, saying “rogue” German software engineers were likely to blame.

He emphasized that the company’s internal investigation is ongoing, but suggested that the motivation may have been an effort to meet cost goals.

If so, that’s not an excuse, Horn said, calling the entire episode “deeply troubling.”

“I think it’s dead wrong if you put corporate profits before people,” he said.

Horn said for the first time that the automaker would fix the 482,000 U.S. diesel cars involved in the scandal, not buy them back from consumers, though he indicated the company is weighing compensating owners for lost value.

Several members of Congress urged the company to buy back those cars.

Rep. Chris Collins, R-NY, rejected Horn’s suggestion that the problem can be blamed on rogue engineers. “It’s a sign of arrogance,” Collins said. “It’s a sign of not admitting yet the severity of your problems.”

U.S. Rep. Fred Upton, R-Mich., chairman of the overall committee, said Volkswagen must “pay a steep price” for a culture of “cheating and betrayal.”

The cheating has exposed the German automaker to Environmental Protection Agency fines of up to $18 billion, a U.S. Justice Department criminal probe, consumer lawsuits and investigations in Europe. The cars are emitting harmful pollutants at rates of up to 40 times acceptable U.S. standards.

Kelley Blue Book calculated that buying back all the U.S. diesel vehicles embroiled in the scandal would cost the company about $7 billion. In contrast, KBB’s sales data shows that the average value of the 2009-15 diesel models have fallen by 13% since the scandal erupted, erasing nearly $1,700 in value per unit.

Horn could not give a timeline for repairs of 325,000 of those vehicles — the oldest models dating back to 2009 that will require significant hardware changes because they do not have sufficient physical space for the equipment that is required.

The company is still developing a proposed fix for those cars, but it could take years to repair them all due to the complex hardware and software changes that will be required, he said.

Fixes for the rest of the vehicles involved in the scandal could start as soon as early 2016 or mid 2016, Horn said.

Appearing before the House Energy and Commerce Committee’s Oversight and Investigations Subcommittee, Horn testified under oath that the company would accept “full responsibility” for fitting software on diesel cars that fooled regulators into believing the vehicles were compliant with emissions regulations.

Several members of the committee said the violations reflect a broader problem with the auto industry in the wake of scandals at Toyota, General Motors, Fiat Chrysler and supplier Takata.

“The American public are not crash-test dummies and should not be treated as such,” U.S. Rep. Frank Pallone, D-New Jersey, said, adding that he believes there’s a “pervasive culture of corruption” in the auto industry.

Horn expressed remorse but pushed back against accusations about a backward culture, saying they do “not reflect the company that I know.”

“We’ve learned from this episode for sure,” said Grundler, director of EPA’s Office of Transportation and Air Quality. “We wish we had found it sooner.”

Fixes to the vehicles involved in the scandal will likely preserve fuel economy ratings but “there might be a slight impact on performance,” Horn said.

The automaker is temporarily banned from selling diesel cars fitted with the manipulative software until it can deliver a fix. On Wednesday, the company confirmed that it will not sell 2016 diesel cars in the U.S.

VW CEO: Recall of scandal-hit cars should start in January

Horn said he believes no American employees knew about the matter until recently, confirming statements by Volkswagen global CEO Matthias Mueller earlier this week that the cheating originated from Germany.

“My understanding is this was not a corporate decision,” Horn said. “This was something individuals did.”

Horn, who has been in his current job since early 2014, is known within the auto industry for his candor and his popularity among dealers. He told the committee that he learned about a “possible emissions non-compliance” issue in spring 2014.

But he said he did not know about the manipulative software until Sept. 3, 2015, about two weeks before the EPA disclosed the matter.