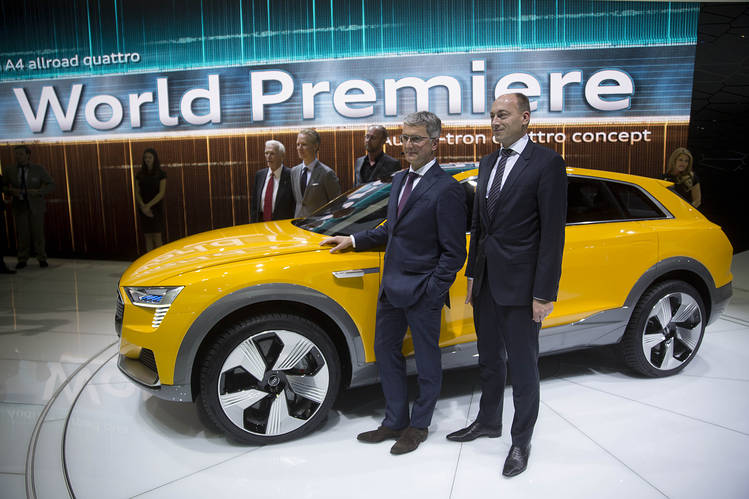 
’s diesel emissions scandal claimed another executive: The board member in charge of development at Audi AG
NSU


, the German car maker’s premium brand, resigned after the company said he had withheld information about duping emissions tests.

The resignation of Stefan Knirsch, who joined the Audi management board in January, suggests the installation of illegal software on diesel engines to cheat on emissions tests was more widely known inside the company.

It also raises questions about whether Audi Chief Executive Rupert Stadler was aware of the diesel engine manipulation. He was questioned last week by Jones Day, the U.S. law firm that Volkswagen commissioned to investigate the scandal. No evidence has turned up that would incriminate Mr. Stadler, according to two people familiar with the investigation.

Mr. Knirsch was made a member of Audi’s executive board in charge of development in December, replacing his former boss, Ulrich Hackenberg, who left the company after he was suspended in connection with the diesel scandal. Mr. Hackenberg hasn’t been charged with wrongdoing. He wasn’t reachable for comment.

When Mr. Knirsch, who was head of Audi’s engine development since 2013, was promoted, he was asked to make a full statement and include any information he possessed about the diesel scandal. He assured Audi management and the works council, which must approve executive appointments, that he had no knowledge about the diesel scandal, the company said.

“Unfortunately, the results of the investigation show a different picture,” Berthold Huber, vice chairman of Audi’s supervisory board and former head of the IG Metall trade union, said in a statement. “That’s why we had to part ways.”

Mr. Knirsch wasn’t available for comment, according to an Audi spokesman. 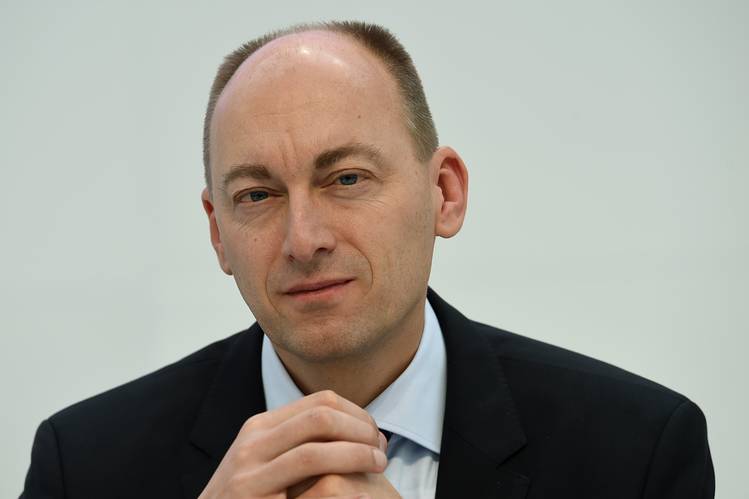 U.S. environmental authorities disclosed on Sept. 18, 2015 that Volkswagen had violated the Clean Air Act by installing software on nearly 500,000 diesel-powered vehicles in the U.S. that allowed the vehicles to cheat on emissions tests.

In the days and weeks that followed, Volkswagen’s chief executive at the time, Martin Winterkorn, resigned under pressure, and Volkswagen admitted to installing the software on nearly 11 million vehicles world-wide. The company is now involved in a global recall to fix the cars to make them compliant with emissions rules.

In the U.S., Volkswagen agreed in June to a historic $15 billion settlement with U.S. car owners and states in one of the largest civil claims ever settled against a corporation. Volkswagen also agreed to provide $1.2 billion in compensation to its franchise dealers in the U.S.

The company is negotiating with the Justice Department to achieve a settlement of criminal charges. One engineer, James Robert Liang, pleaded guilty in U.S. federal court earlier this month on charges of conspiracy to defraud the U.S. government and consumers and faces up to five years in jail and up to $250,000 in fines. Mr. Liang is cooperating with U.S. investigators in exchange for leniency.

According to U.S. court filings that cite Volkswagen documents provided to investigators, Volkswagen’s first defeat device was built in 1999 by engineers at Audi. In 2006, when Volkswagen engineers were building a new diesel engine for the U.S. market, they couldn’t make it compliant with U.S. emissions and decided to further develop Audi’s defeat device for use in the new “clean diesel” engine.

Later, the defeat device, known internally as the “acoustic function” and other code names, was installed on 3-liter diesel engines that were built by Audi and used on large sedans and sport-utility vehicles produced by Audi, Volkswagen and Porsche.

Mr. Knirsch became aware of Audi’s defeat device sometime after 2013, when he was put in charge of engine development at Audi, said a person familiar with the situation.

In 2015, Mr. Knirsch was in talks with rival Daimler AG
DDAIY


over joining Daimler’s board to replace its outgoing research and development chief, Thomas Weber. But Daimler broke off the negotiations in the wake of the diesel scandal, according to the person familiar with the situation.

Write to William Boston at william.boston@wsj.com and Sarah Sloat at sarah.sloat@wsj.com