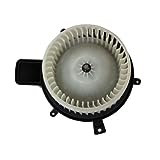 What to expect at the Paris auto show – CBS News

PARIS – European carmakers are hoping to impress with new models at this week’s Paris Motor Show and prove they have come out stronger from years of economic trouble and cost-cutting.

The glitz of Paris has been dimmed in recent editions of the world’s oldest car show, as cash-strapped customers shunned showrooms, corporate bosses begged for bailouts and workers fought for their jobs. The auto sector has long been one of Europe’s most troubled industries and is only now emerging from a painful period of restructuring.

While it’s too soon to raise celebratory coupes of champagne, the heads of Volkswagen, Mercedes, Fiat and their French hosts from PSA Peugeot-Citroen and Renault may at least take some relief that the worst seems over, six years after the bottom dropped out of Europe’s car market.

Along with global brands like Ford and Toyota, they will try to wow not just with the high technology of prototypes and supercars, but also with potential big sellers, such as the increasingly popular small SUVs.

The biennial Paris show, which opens to the public on Saturday, runs through Oct. 19.

New car registrations in Europe have risen 6 percent so far this year to 8.34 million. Analysts at IHS Automotive expect them to hit 12.5 million by the end of the year, up 5 percent from 2013. After a solid start to the year however, Germany, France and Italy — Europe’s largest markets — all registered monthly declines in August. Renault, GM and Fiat were most affected among the big car groups, with PSA Peugeot Citroen boss Carlos Tavares calling the recovery “fragile.” IHS Automotive notes that even with slight growth over the full year, Europe’s car market remains down nearly 20 percent compared with the pre-crisis average, and its analysts don’t see a full recovery even by the end of the decade.

Hosts With The Most

Local automakers Renault and PSA Peugeot-Citroen traditionally pick Paris over the larger Frankfurt Motor Show to unveil their most eye-catching new models. Loss-making PSA Peugeot-Citroen, fresh from a rescue by Chinese investors and the French state, will show off an updated version of its Exalt concept car — a large four-wheel drive sedan with an electric scooter stashed in its trunk. Also drawing stares will be another Peugeot concept, a high-performance luxury crossover it calls the Quartz. DS, the new stand-alone brand spun out of Citroen as the group’s high-end line of cars, will show off the Divine concept. Renault, meanwhile, will show the fifth generation of its Espace minivan.

Face it — while the big car companies may be excited to show off their fifth-generation revamps or restyled mass market hatchbacks, most car show visitors are there for something else: The Ferraris, Lamborghinis and other exotic supercars that most people don’t get to see, let alone own. Ferrari, whose outgoing chairman Luca Di Montezemolo is due to step down this fall after more than two decades at the helm, will show a retractable top version of its 458 Speciale. Lamborghini, meanwhile, is playing coy, posting a cryptic ‘Stay tuned’ message on its home page along with a nearly all black silhouette of a car to boost anticipation for a mystery unveiling.

Small SUVs, also known as crossovers, are the fastest-growing segment of the market in the U.S. while in Europe sales are expected to grow 40 percent this year after doubling in 2014 according to IHS Automotive. The cars are built largely on car underpinnings so they maneuver like a car while getting gas mileage that’s almost as good, and customers like the visibility provided by the high seating position. Honda is due to show its all new HR-V while Toyota brings its new C-HR concept and Fiat unveils its 500X crossover, all of which will aim to take on stylish rivals like the Peugeot 2008 and the Nissan Juke.