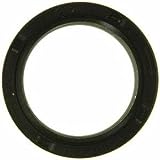 This is proven, he says, but the fact that, in the face of so much new technology, the most in-demand Aston in the United States is one with a manual transmission. “In the same way [people] want an analogue clock, they want an analogue car.”

That’s not to say there aren’t at least some advantages from autonomous technology. Ferrari recently explained that some of the tech, if used in a way where the driver maintains ultimate control, could enable owners to come closer to the car’s true dynamic limits.

Porsche’s global boss, Oliver Blume, recently outlined the enticing idea of a “Mark Webber” app. This would allow a Porsche to drive around a racetrack autonomously, demonstrating to the owner the throttle positions, cornering lines and braking markers used by the F1 race winner and Le Mans driver (and Porsche ambassador). According to Blume, the owner could then take over and “match and learn … OK, Mark Webber brakes there, accelerating there … It might be a very interesting option.”