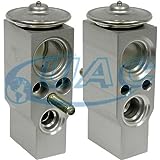 The chassis of the BMW 7-series combines steel, aluminum, and carbon-fiber-reinforced plastic. In the image above, the black parts around the door frames and across the roof are carbon fiber.

Car parts made of carbon fiber have been used for decades in $1-million-plus European supercars, from the likes of Ferrari and McLaren. But for the first time, a handful of 2016 models sold in neighborhood car dealerships will feature ultralight yet expensive carbon fiber materials. The new BMW 7-series sedan, which starts at about $80,000, as well as the similarly priced Alfa Romeo 4C and Chevrolet Corvette Z06 sports cars, use carbon fiber elements.

But don’t let this fool you into thinking that carbon fiber cars are on the cusp of the mainstream. While the cost of carbon fiber materials and production has declined in recent decades, it remains prohibitive for anything but limited applications in niche vehicles. Though rising fuel efficiency standards have undeniably motivated the auto industry to pursue the technology, it’s only going into production when carmakers believe the material can bring some supercar-style appeal to an expensive model.

Carbon fiber is a flexible fabric-like material that, when combined with a polymer, can be molded into the shape of a car part that is stronger and lighter than today’s steel and aluminum parts. The higher cost is based on the fiber material itself, as well as longer production times. Metal parts can be stamped in seconds, but it can take several minutes for a carbon fiber part to be molded and cured.

BMW is using carbon fiber in key roof elements, supporting roof pillars, and door frames—essentially anything that’s high off the road. Meanwhile, steel and aluminum are employed for the chassis. “We’re saving weight, but we’re saving weight up high,” says Paul Ferraiolo, head of product planning and strategy for BMW North America. “It allows our engineers to design a car with a lower center of gravity.” A BMW 7-series, including carbon fiber in parts of the frame, is produced at the company’s plant in Dingolfing, Germany.

BMW’s use of carbon fiber on the 7-series leverages investments and experiences in using the material on its i3 and i8 plug-in electric cars. Carbon fiber makes more economic sense for electric cars, because lithium-ion batteries are expensive. Less weight means a smaller battery pack, a worthwhile trade-off. The shift from the i3 to the 7-series is a kind of migration of carbon fiber from one limited application to another—to offset investments that might not reach everyday products for a decade or more.

The same intra-company migration of technology explains the liberal use of carbon fiber on the $75,000 Alfa Romeo 4C sports car, manufactured by Fiat-Chrysler Automobiles. “Fiat-Chrysler has a vast resource of experience and expertise in carbon fiber technology, including lesson learned from Ferrari and Maserati,” says Fabio Migliavacca, a senior product planner for Fiat-Chrysler (which also owns those high-end Italian brands).

I recently drove the Alfa Romeo 4C for five days. Fiat-Chrysler used carbon fiber for the entire chassis of this model, and what a difference it makes. The Alfa Romeo 4C weighs about 2,500 pounds, whereas similar luxury roadsters commonly weigh about 3,000 pounds or more. The experience of moving such a lightweight body swiftly into and out of corners is far more thrilling than what you would otherwise expect from a 237-horsepower four-cylinder engine. The carbon fiber body felt highly maneuverable—with a remarkably quick response to inputs from the roadster’s taut steering.

The Alfa Romeo 4C is a $65,000 roadster, but what about the more accessible Mazda MX-5 Miata, which starts at about $25,000? “Carbon fiber is not cost-effective at this point,” says Dave Coleman, development engineer of the new Miata. “We have long-term plans for reducing weight in the future, but all the technologies have big question marks next to them.”

The list of questions is long. When will we have faster-curing resins to reduce carbon composite production times? Will more efficient internal combustion and alternatives like electric vehicles yield enough fuel efficiency improvements even if cars don’t get much lighter? Will autonomous safety features allow carmakers to make cars safe enough to save weight by removing existing structural elements?

“It’s a matter of all the relative prices for all the moving goal posts,” says Anthony Vicari, an analyst at Lux Research, which studies adoption of carbon fiber. Multiple interrelated moving goals and cost curves make it very difficult to predict when the materials might jump from exotic sports cars, EVs, and high-end luxury vehicles to high-volume cars produced in quantities of 100,000 units a year. “My best guess is 10 years,” says Vicari.