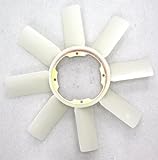 Tesla Motors makes beautiful, quality electric automobiles. Don’t just take it from us; Consumer Reports rated the Tesla Model S the “best overall” car in its 2014 Top Picks report (which includes all non-electric cars as well). Yet, despite Tesla CEO Elon Musk’s ongoing effort to expand his EV empire, state after state in the United States is pushing back. Not because those states are against electronic vehicles, Musk or even Tesla; it’s about the way Tesla wants to sell its cars. Specifically, it’s about money.

You know how Apple has stores where it sells its computers, tablets, phones and other stuff? “Apple stores?” you ask. Yes, Apple stores. Tesla wants to do that. This is Tesla’s business model:

The first part of that business model isn’t the problem; it’s the second bit. Specifically, Tesla wanting to both own and operate stores — rather, dealerships — in the United States. When it comes to new cars, the concept of “direct-to-consumer sales” is illegal in many US states. Some states are even adding provisions to ban them: This past March, New Jersey Governor Chris Christie signed into law a bill that specifically makes direct-to-consumer car sales illegal.

WHY THAT ISN’T POSSIBLE

Why do so many states have provisions against direct-to-consumer car sales? Because of the way the car dealership system works. Early in the automotive industry, carmakers needed individual franchise owners to invest and set up a system for consumers to buy vehicles. Without highways, transporting vehicles was difficult. Additionally, cars required far more maintenance early on. Thus, the franchise model was born.

The companies making cars — Ford, GM, etc. — negotiated deals with car dealers. As The New Yorker explained in a 2009 piece, those early deals were weighted heavily against car dealers:

“In 1920, for instance, the US economy went into a deep recession. But Henry Ford kept his factories running at full tilt, and forced thousands of Ford dealers around the country to buy new cars that they had little chance of selling. The dealers knew that if they said no they’d never see a Model T again, so they ate the inventory. A decade later, when the Great Depression hit, Ford and GM used the same strategy to help keep the production lines going. They turned their dealers into a cushion against hard times.”

To protect themselves, car dealers formed associations. Laws were enacted, and it’s those laws — meant to protect car dealers — that are interfering with Tesla’s ability to sell cars directly to consumers. Here’s the logic of the argument against Tesla: If Tesla can sell cars directly to consumers, what stops the rest of the car industry from doing that? That is the heart of this, so let’s be totally clear:

The entire argument against Tesla selling cars directly to consumers is that car dealers might have to face competition from the companies they currently represent.

That’s it. It’s not really about Tesla, or electric cars. It’s about money. It’s an argument against competition that may or may not even manifest in reality. 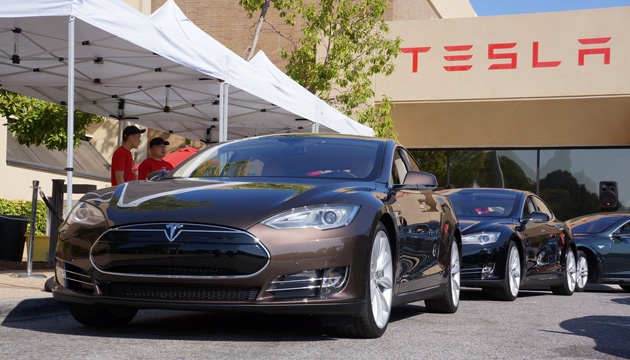 On the flipside, Tesla could go the franchise route and give in. But should it have to? Shouldn’t Tesla be able to sell its cars directly to consumers? This side of the argument is also about money, no doubt, but there’s a control aspect as well. If Tesla gives in to the franchise model, it also gives in to all the restrictions that come with it. And 50 years of political lobbying have added quite a few restrictions, largely in favor of the franchisee. Tesla doesn’t want anything to do with it. Musk put it succinctly in a March 2014 company blog post:

“The reason that we did not choose to do this is that the auto dealers have a fundamental conflict of interest between promoting gasoline cars, which constitute virtually all of their revenue, and electric cars, which constitute virtually none. Moreover, it is much harder to sell a new technology car from a new company when people are so used to the old. Inevitably, they revert to selling what’s easy and it is game over for the new company.”

WHO IS FIGHTING TESLA?

You’ve likely guessed already, right? It’s the auto dealers associations. Not only is the National Automobile Dealers Association (NADA) number 19 on the top all-time political donations list, but sales from auto dealers account for about 15 percent of all retail sales in the US (according to 2012 data from NADA). When an industry accounts for more than one-seventh of the country’s total retail sales, that industry has some political clout. When that industry also has a heavy-hitting political lobby arm in Washington, DC, it’s far more powerful.

Last May, when Tesla fought a bill (and won) in North Carolina that would ban direct-to-consumer car sales, North Carolina Automobile Dealers Association President Bob Glaser argued in favor of it to the Associated Press. “It’s a consumer protection,” he said. “And why we say that is a dealer who has invested a significant amount of capital in a community is more committed to taking care of that area’s customers.”

As for the White House, the Obama Administration responded to a We the People petition last Friday afternoon regarding direct-to-consumer car sales. The petition specifically asked President Obama to “allow Tesla Motors to sell directly to consumers in all 50 states.”

Special assistant to the president for energy and climate change, Dan Utech, wrote, “Laws regulating auto sales are issues that have traditionally sat with lawmakers at the state level. We believe in the goal of improving consumer choice for American families, including more vehicles that provide savings at the pump for consumers. However, we understand that pre-empting current state laws on direct-to-consumer auto sales would require an act of Congress.”

Not exactly reassuring, though technically accurate: The White House isn’t able to do much legally without Congress first introducing a bill, passing it and giving it to the president to sign. Obama could, of course, rally for such a bill either in private or public. At the very least, it looks like he’s not doing much in public.

Back in 2010, the Obama Administration helped secure government-backed loans for Tesla to the tune of $465 million. The loan has since been paid and Tesla’s Model S is a success both critically and commercially. But with the threat of a war of attrition as Tesla makes its case from state to state, the next few years will be critical for Musk’s company in the US.

Having created recharging “corridors” along both coasts and enabled coast-to-coast driving with its “Supercharger” centers, it’s easier than ever to own a Tesla car. But will you be able to buy one?

What do you think about Tesla’s sales fight?