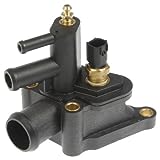 One person was killed and as many as 12 others were severely hurt Wednesday evening when a car ran a red light and drove into a crowd leaving a church Christmas concert in Redondo Beach, authorities said.

The incident happened about 8 p.m. at Pacific Coast Highway and Vincent Street.

“We have as many as 12 victims,” said Lt. Joe Hoffman, a spokesman for Redondo Beach police. “Many of them, if not all, are in critical condition.”

One adult has died, Hoffman said. At least one victim is a child, police said.

The driver, an unidentified female, was arrested on suspicion of felony DUI and vehicular manslaughter, police said.

The intersection will be closed for five hours, the California Highway Patrol announced at 9:30 p.m.

The suspect, who was driving a sedan, allegedly ran a red light and drove through the crowd before she hit another driver head-on, police said.

The condition of those in the other car is unclear.

This story will be updated as more details become available.

10:48 p.m.: This story has been updated with the information that the driver was arrested on suspicion of felony DUI and vehicular manslaughter.

10:12 p.m. PST: This story has been updated to include information about the church Christmas concert.

9:57 p.m. PST: This story has been updated with numerous details throughout.

9:38 p.m. PST: This story has been updated with the information that the intersection will be closed for hours.

This story was originally published at 9:20 p.m.