10 Vehicles That Now Qualify as the New Classic Cars – TheStreet.com 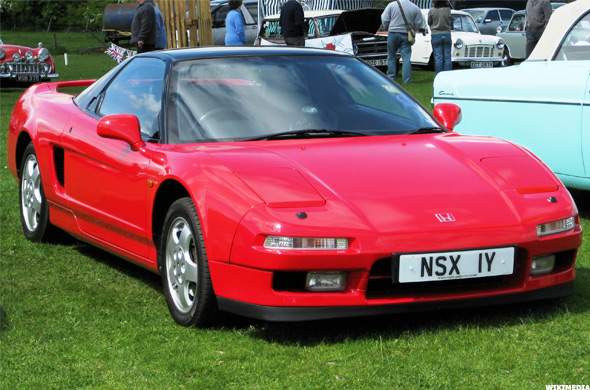 NEW YORK (MainStreet) – We don’t know how else to break this to you, ’80s or ’90s car owner: You’re likely sitting on a classic.

Granted, a 20- to 30-year-old beater that you’re using for deliveries or short trips probably isn’t going to qualify. But if you’ve been taking care of a car to the point that you’re hesitant to put too many more miles on it, there’s a strong chance it could.

The bad news is that it’s an indication of the passage of time: The car you remember your parents driving around in years ago or that you picked up when you had your first job is now considered a bit of an antiquity or relic. The good news? You might not have to spend quite so much to insure it as you did when it was new.

“We suspect that as many as half of all casual classic car owners are using standard auto policies when they could get better coverage for less money if they bought classic car coverage for their secondary-use vehicles,” says Jay VanAntwerp, product manager for the Progressive Advantage program. “Many people don’t realize that this specialized insurance exists or that they could qualify for better coverage.”

Even if you don’t consider your car a classic, your insurance company might. Basically, if you have a car that sits in a garage during rough weather and escapes only when the temperature tops 70 degrees or so, that vehicle is well on its way to classic status.

Progressive, for example, considers a handful of criteria when evaluating a potential classic car. If an older car is an extra household vehicle, isn’t driven daily, is typically used for pleasure trips, is kept in a locked garage when not in use and is well maintained, it could be a classic. Hagerty, a classic car insurance provider and Progressive partner, suggests that insuring a car as a classic can cut the cost of insurance by up to 43% compared with a standard auto insurance policy.

That doesn’t mean you and your insurance company will see eye-to-eye on your vehicle’s designation as a classic.

“Insurance companies use the ‘classic’ designation in a well-defined way, but the general public doesn’t recognize one specific definition of the term as it relates to cars,” says Ed Hellwig, executive editor of vehicle pricing site Edmunds.com. “Some people think the vehicle age determines it, while others consider collectability the key factor.”

To remove some of the guesswork, we took a look at some of the vehicles that Progressive and Hagerty consider “classic.” Some are a bit newer than you might expect, including a couple of 21st century entries: