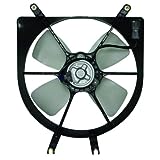 BMW is showcasing two world and two US premieres at this year’s New York International Auto Show (NYIAS), thereby underlining the high prominence of this event, which is being staged for the 114th time on 18 – 27 April 2014. Not only does the New York show date back longer than any other motor exhibition in North America, it is also the car show that attracts the greatest public interest in the USA, with around one million visitors every year.

BMW M4 Convertible: a new dimension in aesthetic appeal and sporting ability.
The second highlight on the BMW stand at this year’s New York International Auto Show is the world premiere of the new BMW M4 Convertible. The newcomer is powered by the newly developed 3.0-litre straight-six engine boasting M TwinPower Turbo technology and high-revving performance. Its vital statistics are as follows: 317 kW/431 hp, 550 Nm (405 lb-ft) at 1,850 – 5,500 rpm, and 0 – 100 km/h (62 mph) in 4.4 seconds (with optional 7-speed M double-clutch transmission). Having so much torque on tap over such a broad rev band means that the BMW M4 Convertible is able to unleash peak power at any time. The three-part folding metal hardtop is fully lined on the inside and offers excellent sound insulation as well as being perfectly suited to winter driving. It opens and closes on demand in the space of 20 seconds – even when moving at a speed of up to 18 km/h (11 mph).

BMW X3: power, prestige and supreme everyday practicality rolled into one.
Another model being unveiled for the first time in the North American market is the new-generation BMW X3. Like the BMW X4, it is being built in Spartanburg, South Carolina. The previous version of the BMW X3 already made a name for itself thanks to its class-leading cabin and luggage compartment dimensions and superior versatility. The new BMW X3 has been designed to consolidate this edge over the competition. The exterior design has been revamped and now sports new twin circular headlights (with the option of LED technology), a more prominent double-kidney grille, restyled front and rear bumpers, as well as exterior mirrors with integrated turn signals. Chrome detailing and new cupholders with a sliding cover in the centre console add to the premium feel that characterises the interior. The four- and six-cylinder petrol engines and four-cylinder diesel unit produce outputs ranging from 135 kW/184 hp to 225 kW/306 hp. All engine versions are coupled with xDrive intelligent all-wheel drive with the exception of the BMW X3 sDrive28i, which is only being marketed in the USA and employs the traditional rear-wheel-drive system.

BMW Concept X5 eDrive: a pioneering combination offering supremely efficient driving pleasure.
The further refined BMW Concept X5 eDrive being exhibited at the New York Auto Show demonstrates the lengths that BMW is going to in an effort to reduce fuel consumption and emissions in the luxury Sports Activity Vehicle (SAV) segment. The 180 kW/245 hp four-cylinder petrol engine with BMW TwinPower Turbo technology works in unison with a 70 kW/95 hp electric motor to enable the concept study to drive purely on electric power at speeds of up to 120 km/h (75 mph) with a maximum range of 30 kilometres (approx. 20 miles). The electric motor draws its power from a lithium-ion battery that can be charged from any domestic socket. Thanks to its plug-in hybrid drive concept, the BMW Concept X5 eDrive returns a highly impressive average fuel consumption of just 3.8 l/100 km (74.3 mpg imp) in the EU test cycle. The electrification of the powertrain under the umbrella of BMW eDrive enables BMW to unlock huge potential for reducing the fuel consumption and emissions of large models.