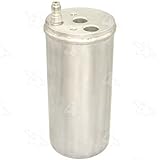 
I’ll start this review from the second-row captain’s chair of the Suburban, as I’m chauffeured from Reno airport to South Lake Tahoe. My 5’10 frame is slightly reclined, my legs are comfortable crossed, and I’m still staring at about six inches of empty space between my knees and the front seat.


The cabin’s beige-over-brown color scheme with contrasting stitching is classy, and there’s just the right amount of chrome trim and matte black finishes. A 9-inch DVD screen drops down between the seats and the expansive windows provide a commanding view. I switch on my seat-heater and, I gotta say, from this viewpoint life is pretty good!


Chevrolet and GMC have totally updated their full-size SUVs for 2015. The Chevy Tahoe and Suburban get aggressive, mask-like grille/headlight treatments, while the Yukons greet the world with vertical, “squircle”-shaped lights and a big, rectangular grille. The blingy Yukon Denalis have their own three-dimensional perforated grille and even more chrome than the others. Each gets unique tail lamps and wheels, too.


But the Tahoe and Yukon, and their long-wheelbase Suburban/Yukon XL variants, were designed to serve big families as well as massive entourages. There’s about a foot of space between the captain’s chairs, providing an easy path to the surprisingly roomy, three-across third-row seats. Getting in and out has been made easier with relocated door pillars and second-row seats that fold and tumble forward with one handle. And there are four bottle holders in each door.

The 2015 Chevrolet Suburban is much better to drive than before, thanks to sharper handling, stronger brakes, and a more controlled ride.


The front seats are even better. A modern, masculine dashboard boasts car-like ergonomics, padded surfaces, touch-screen center stack controls and large, legible gauges. The GMC Denali does even better, with a tasteful application of genuine poplar trim and aluminum throughout the cabin. The whole area has a more intimate, cockpit feel to it, rather than van-like emptiness. At night, LEDs provide the cabin illumination, and there’s hidden storage and a USB outlet behind the infotainment screen. GM sweated the details, and it really shows.


For the first time, driving a huge seven or eight-passenger SUV is pleasant, not just for the sense of superiority you get by looking down on other cars, but because there is a genuine sense of control from the helm. Steering is direct and precise, and body sway is beautifully managed, especially with the optional magnetic shocks. Perhaps the most striking dynamic attribute are the powerful brakes, which respond smoothly and help haul these large SUVs down from high speeds with incredible composure.

The 2015 Chevrolet Tahoe cabin, shown here in LTZ trim, is a huge improvement from previous models.

Cargo room is definitely NOT a problem in the 2015 Chevrolet Suburban.


As you expect, the Denali feels quicker, though the trucks with the 5.3-liter are hardly slow, even at the high elevations during our test drives around Lake Tahoe. Just as important, the engines are nearly silent at cruising speeds (the 6.2 has a muted exhaust growl under acceleration, which we love). Wind noise is all but absent at speeds under 70 mph.

The high-end GMC Yukon Denali trim level makes up for more than half of all Yukon sales.


All the while, GM says, the big bruisers are 7–10-percent more fuel-efficient than their predecessors, thanks to better aerodynamics, cylinder deactivation and other fuel-saving measures. Models with the 5.3 achieve as high as 16/23 mpg (city/highway)—which is mid-size SUV territory—while the more powerful Denali models dip a mile or two per gallon due to their greater power.


The Chevrolet Tahoe follows a simple, three-tiered equipment level program, with LS models starting at $45,595, leather-lined LT models at $50,995 and the top-shelf LTZ coming in at $60,290 (prices include destination). The GMC Yukon is available in SLE ($47,330) and fancier SLT ($55,730) trims, while the glitzy Denali trims, which are estimated to represent a considerable 60-percent of Yukon sales, start at $63,675.


Adding 4WD represents a $3K hike in price, and if you want long-wheelbase models (Suburban/Yukon XL), budget another $2,700 or so. New tech features include forward collision alert, lane departure warning, blind spot and rear cross-path monitors, and radar cruise control. Since these are high-theft rate vehicles, according to GM, a new theft package is offered, with interior movement, vehicle inclination and glass-break sensors, and a self-powered horn. Load it all up, and a Suburban can top out in the mid-$70Ks, while Yukon XL Denalis can kiss $80K with the 22-in wheels, four-wheel drive and the dual-screen rear-seat entertainment system.

The 2015 GMC Denali, like the rest of these full-size SUVs, show GM’s attention to detail when it came to upgrading cabin materials.


That’s a lot of money for a Chevy or GMC. But on a price-per-cubic-foot basis, they’re better deals than many smaller, three-row SUVs from luxury brands. Not only can each model seat up to eight passengers, they can hold vast and varied bulky items, depending on what combination of second and third-row seats you fold flat. Interestingly, GM had to raise the cargo floor a couple of inches to create a flush cargo floor, but beneath that raised floor are compartmentalized cubbies for small items. And don’t forget, few sport-utes at any price can touch these trucks tow ratings of 7,900 – 8,600 pounds.


As old as they were at the end, the previous-generation Tahoe and Yukon were far and away the leaders in the large SUVs market, hoarding about three quarters of all full-size SUV sales. Based on the improvements made of these new models, it looks like they’re going to stay on top.