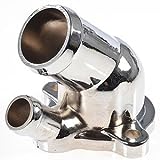 A 2015 Chrysler 200 is assembled at the Sterling Heights Assembly Plant where Chrysler invested $1 billion to prepare for production.

The vehicle designed to relaunch the Chrysler brand is driving into the end of the year with strong momentum, but has hit some speed bumps along the way.

Sales of the 2015 Chrysler 200 are growing since its introduction in May, and the car is attracting a more luxury-oriented buyer. However, tough competition and misconceptions are causing Fiat Chrysler Automobiles NV to place $1,500 in incentives on the hood of the all-new car, according to brand CEO and President Al Gardner.

“This house has very high expectations for this car and we’re not there,” Gardner told reporters at a recent media event. “We knew going in on Day 1 that we had to change peoples’ minds and perception of what Chrysler — and specifically the 200 — was coming off of the old car.”

Negative perceptions of the first-generation sedan and even its Sebring predecessor, last produced in 2010, are hurting the second-generation 200.

“For decades, really, Japanese cars have led the segment … they’re known for reliability, safety and their resale value,” he said. “Even though the latest Camry didn’t get the greatest reviews, it’s still the best-selling car in the country.”

In today’s automotive industry, perceptions can carry more weight for car buyers. Being “good” just doesn’t cut it anymore, according to analysts. Reputation and styling are the differentiators now that most new cars have the age-old standards of quality, safety and reliability.

Chrysler is touting the 200 as “America’s Import,” replacing the “Imported from Detroit” tagline.(Photo: Chrysler)

Since the 2015 200 was unveiled at the North American International Auto Show in January, Chrysler has looked to change the conversation surrounding the vehicle with heavy marketing and advertising touting the vehicle as “America’s Import” — replacing the popular “Imported from Detroit” tagline.

Ads for the new 200 have ranged from a two-minute Super Bowl spot featuring musician Bob Dylan discussing what drives America, to a series of ads called “Born Makers” that focus on the employees and facilities. Chrysler invested $1 billion in its Sterling Heights Assembly Plant to prepare for 200 production.

Chrysler even recently teamed up with Google Maps to launch a virtual tour that allows users to get up-close to aspects of the assembly process, taking them inside the 5-million-square-foot facility in Metro Detroit.

The brand also started the second phase of the 200 ad launch called “Ready to Take on the World” earlier this week. It is aimed to benchmark the all-new car against its foreign counterparts.

The ads start off in either German, Japanese or Swedish before the person doing voiceover realizes that he’s not discussing a German vehicle but a Chrysler. The ad then shifts to an English voice-over introducing the car.

“The 200 is really setting a benchmark for us,” said Olivier Francois, Chrysler chief marketing officer, in a recent phone interview. “We would not run a campaign like this without a very solid product.”

When Chrysler touts the vehicle as “all-new,” there’s no need for an asterisk. It was built from the ground up with practically no parts besides an upgraded Pentastar V-6 engine from the first generation, according to a Chrysler spokeswoman.

New features for the vehicle include a standard nine-speed automatic transmission, rotary e-shifter and all-wheel-drive system that can fully disconnect from the rear axle when not needed, improving fuel economy.

Fiori Mangone, sales manager of Bill Snethkamp Chrysler Dodge Jeep Ram, said buyers are attracted to the car because of its new exterior, then pleasantly surprised once they get behind the wheel.

“People are just really, really thrilled,” he said. “You can’t even compare it to the older models.”

Another perception Chrysler could be shedding with the new 200 is its legacy as a rental sedan, which tends to hurt resale value and brand reputation. According to data from KBB and Polk, the 200 had the highest rental penetration in 2013, with roughly 43 percent, or more than 52,600 vehicles, going to rental fleets. That’s more than double the segment average of 16.7 percent.

In September, Chrysler sold about 11,000 of the sedans, up 15 percent compared to the same month a year ago.

Gardner said sales are expected to increase going into the end of the year, but he wouldn’t provide an outlook for the 200, which also replaces the Dodge Avenger midsize sedan. “We have a very long way to go, but we’re on track,” he said.

Gardner sees the new 200 as essentially re-launching the Chrysler brand, which is set to double the number of models it offers through 2018.

The brand currently offers the Town & Country minivan and 200 midsize and 300 full-size sedans. Fiat Chrysler Automobiles NV plans to launch a new compact “100” sedan in 2016 and yet-unnamed midsize and full-size crossovers in 2018 and 2017, respectively.