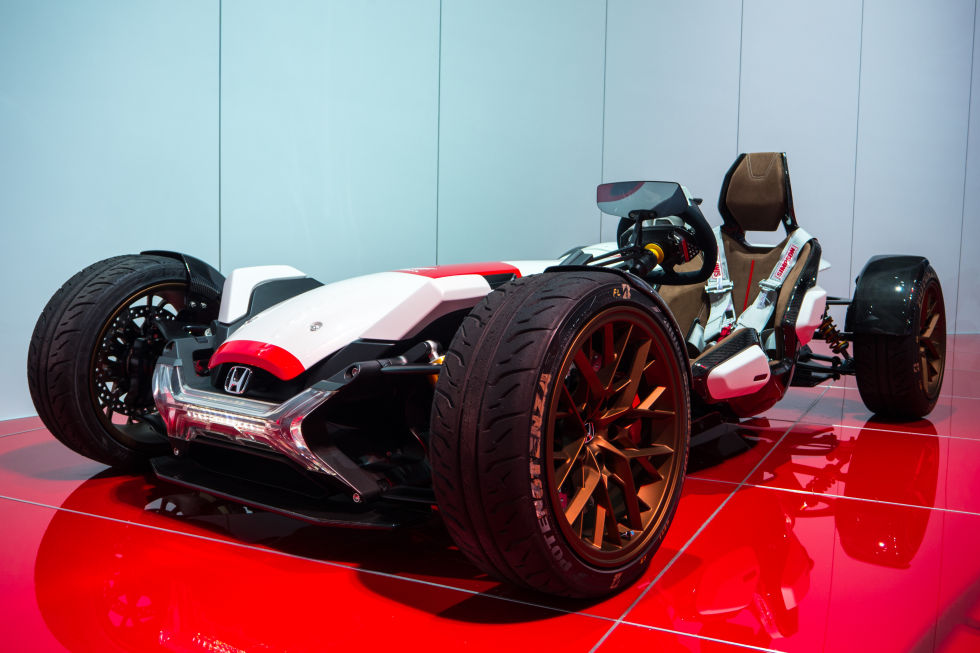 Our absolute favorite concept car of the whole show was Honda’s 2&4. It has a V4 gasoline engine from Honda’s MotoGP racing bike (which revs to 15,000 rpm) and is meant to recreate the thrill of a bike but with four wheels.

LOS ANGELES—Concepts and custom cars are—in our opinion—one of the best things about auto shows, this year’s LA Auto Show included. Quite a few of the concepts in the gallery above have been seen before, although for most it was their first visit to the US. There was Volvo’s Concept 26, which we got an early and in-depth look at. And the Audi e-tron quattro electric SUV that’s going on sale in 2018. A particular stand out for us was the Honda 2&4, a track day car meant to evoke the sensations of being on a bike.

Other treats included James Bond’s new company car, the Aston Martin DB10, the Lincoln Continental, and Volkswagen Golf GTE. Hyundai brought along the car it designed for Gran Turismo‘s Vision GT series of digital concepts, and the Fiat 500e Stormtrooper was rather adorable (perhaps not the look it was going for).

The car world sadly lost legendary customizer George Barris earlier this month, but at least one of his cars was on display in tribute, and Hot Wheels brought along Darth Vader’s ride. Join us again tomorrow for a look at some of the sportier offerings on display at the LA Auto Show, and don’t miss yesterday’s coverage of the most interesting technology on new production cars, including augmented reality owner’s manuals and retina displays for dashboards.