The 2016 Chevrolet Camaro is the sixth generation of the sports car from American car manufacturer General Motors (GM).

Because of its all-new lighter architecture and broader powertrain range with six all-new combinations, the 2016 Chevrolet Camaro provides for a faster and more nimble driving experience, notes Grand Blanc View.

According to GM spokesman Monte Doran, the sports car promises to deliver excellent levels of performance, technology, and design refinements that will enable it to maintain its leadership in the sports car segment, which the company painstakingly worked hard for and maintained in the last five years.

Mark Reuss, GM executive vice president of product development, disclosed that redesigning the Camaro is both a thrilling and challenging experience for the company. But they were really inspired to come up and offer something more to Camaro enthusiasts.

He said that the 2016 variant of the sports car has retained the iconic design cues and offers even more in terms of performance. The latest edition of the Camaro also incorporates the company’s most innovative engineering ideas with finely honed performance and breakthrough design.

Reuss also added that Chevrolet focused on the three pillars of vehicle development including performance, technology, and design to make the 2016 Camaro not only the best Camaro ever but one of the best sports car available in the market today.

Tom Peters, design director of GM, opines that the new Camaro can never be mistaken for anything other than a Camaro from whatever angle one looks at it. He revealed that the designers of the vehicle have taken the iconic design and amplified its proportions to reflect a more dynamic driving experience, comparing it in fact to a T-shirt on a muscular physique.

GM unveiled the 2016 Chevrolet Camaro on May 16 at the Belle Isle Park in Detroit, Michigan with the American carmaker beaming with pride and confidence that the sixth generation muscle car would maintain the top spot in the sports car segment when it hits the dealerships towards the end of 2015.

The American carmaker also made positive announcement regarding its Lansing Grand River assembly plant where the 2016 Chevrolet Camaro shall be built. GM officials, plant managers and employees have stated in unison that production work could start this fall.

GM CEO Mary Barra is highly optimistic that the 2016 Chevrolet Camaro would not just appeal to current Camaro owners, but will also attract a new batch of sports car enthusiasts, which is what the company is aiming for.

She explained that the new sports car will be something that even current Camaro owners will want and surely be desired by those who have not had the opportunity of owning a Camaro in the past. 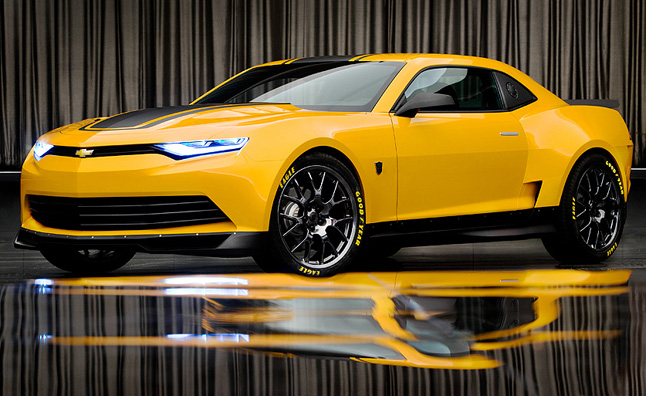 Barra said that every vehicle that GM rolls out into the market, they want it to win the segment and they have high hopes that the 2016 Chevrolet Camaro would do such in the sports car segment.